You would think Brody Jenner, the ultimate Bro, as it were, would know that ol' nightlife chestnut, "Bros before hos." 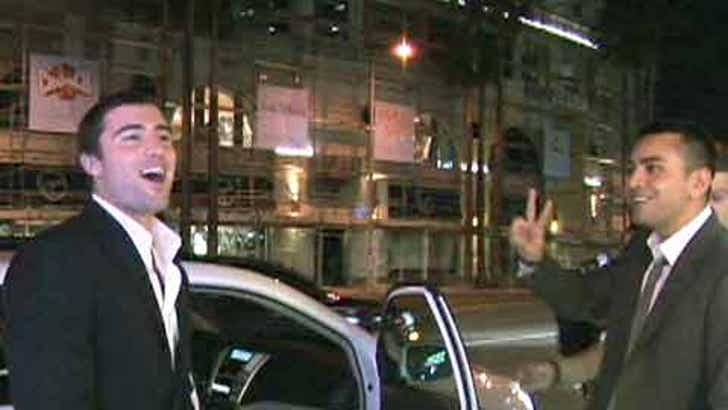 But TMZ caught Brody leaving the Hollywood hotspot last night with two hotties and buddy Frankie Delgado -- but Frankie refused to get in the passenger seat of the car because he didn't like the look of the driver.

Brody took off, leaving his sidekick on the sidewalk. Dude!