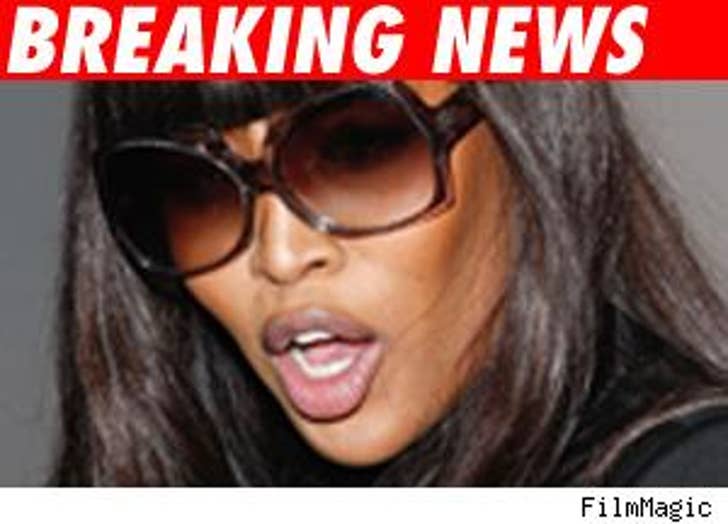 You may have heard that Naomi Campbell was mugged last night at the Led Zeppelin concert in London. Not so, TMZ has discovered. And the truth, given Naomi's history, is a little more disconcerting.

Sources close to Naomi tell TMZ that there was no mugging, and that it was merely her Blackberry that went missing. (Someone look for the maid!) We're told that she enjoyed the concert, then discovered her weapon mobile device had gotten legs, and reported that to the O2 arena.

FOX News' Roger Friedman reported this morning that the supermodel said she was mugged, and was relieved of her bag and the two mobile phones within. A rep for O2 confirms that the Blackberry was reported missing, and a Scotland Yard rep says that no report was filed with them.