Former "Real Housewives of Orange County" sublebs Jo De La Rosa and Slade Smiley may not be a couple anymore -- or reality stars, for that matter -- but they've each moved on to physically bigger and questionably better things. 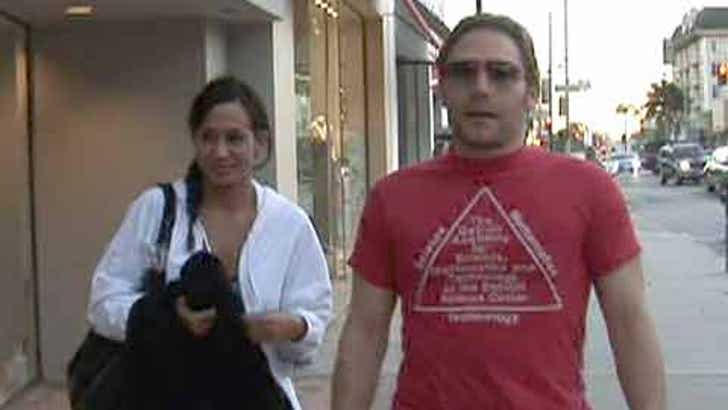 TMZ cameras spotted Jo out with another reality show reject -- "Sons of Hollywood" star David Weintraub. The pair were out about on Robertson Blvd. yesterday, hitting up the trendy boutique Lisa Kline. A source inside the store tells us that Jo was trying on several different outfits (didn't buy any) and that David was very "touchy-feely" with her. *shudder*

Not to be topped, Slade was out and about last night with a busty piece of arm candy by his side. When our camera guy wanted to know how Jo was doing, to which Slade shot back, "Jo is probably fine."