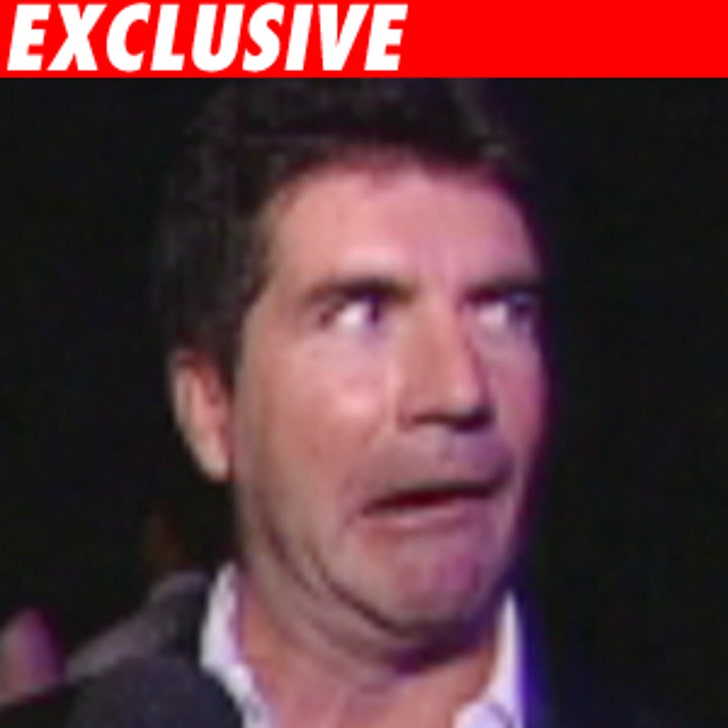 TMZ has learned that last week FOX flew a group of publicists, photographers and crew to London to shoot publicity shots of the surly "Idol" judge.

A source tells us that shoot never happened, because Simon got sick. Six days and $50,000 in rental fees, salaries and expenses later, the group returned home empty-handed and some, we're told, were "pissed off." But who's to blame?

A rep for Cowell says sorry someone is upset, but hold the phone -- Simon really WAS sick! "Apparently, 'tis the season for baseless rumors and speculation, so let's offer the gift of truth to clear up anyone's misconceptions. Under doctor's orders, Simon had to cancel most of his schedule this week (including media appearances for 'The X Factor' and an extra photo shoot for 'American Idol') to properly recuperate from a chest infection. Thankfully he's doing well and he sends his best wishes for a healthy and happy holiday season." So there!