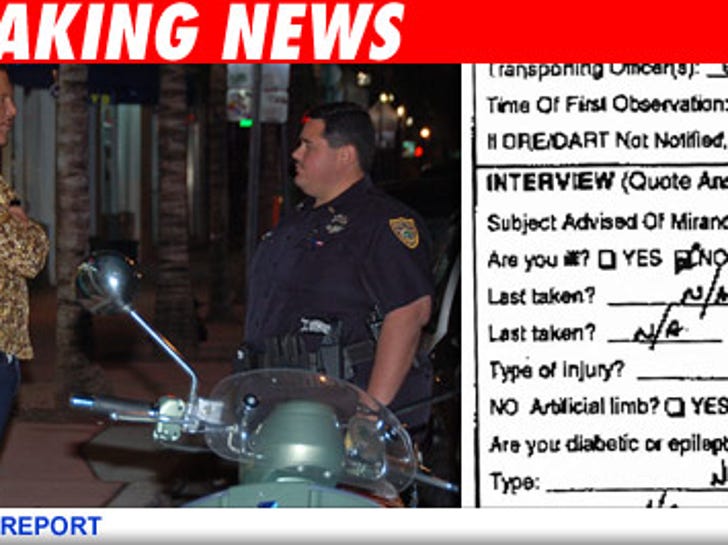 Mickey Rourke got popped for Vespa-veering in Miami last month, but it looks like it was the Breathalyzer test that was woozy that day, not Mickey. 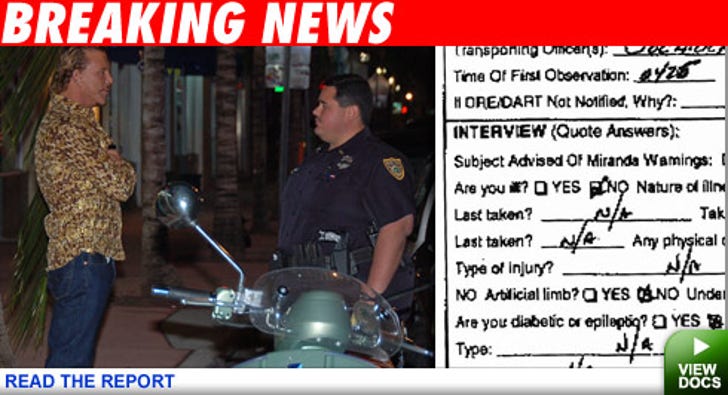 The Miami Herald reports that the Breathalyzer machine that Miami Beach police used on Rourke malfunctioned when it gave a blood alcohol reading of .081, just over the legal limit, according to a police report. A second test, given later, showed a blood alcohol level of .074. No word yet on whether the D.A. will drop the charges.

According to Rourke's lawyer, Michael Grieco, Mickey has already been given his operator's license back. As for why Rourke got picked off on that particular night, Grieco tells the Herald, "A lot of times, probably most of the time, it's good to be Mickey Rourke. This was not one of those times."

Somewhere, Rourke is trying to grin.