TMZ was in a Chicago court today as singer R. Kelly showed up 20 minutes early for his scheduled hearing, this coming one day after he was a no-show because his speeding tour buses were detained in Utah. I believe I can fly! 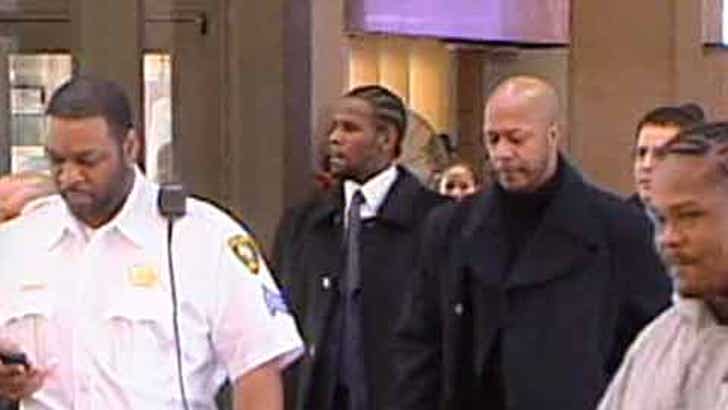 A suited-up Kelly arrived in court and didn't say a word to our cameras.The judge continued today's hearing until tomorrow, which means he'll be in court in the morning, and will perform at Chicago's United Center tomorrow night.

Kelly has been charged with 14 counts of child pornography after a videotape surfaced that allegedly showed him having sex with a teenage girl in 2002.