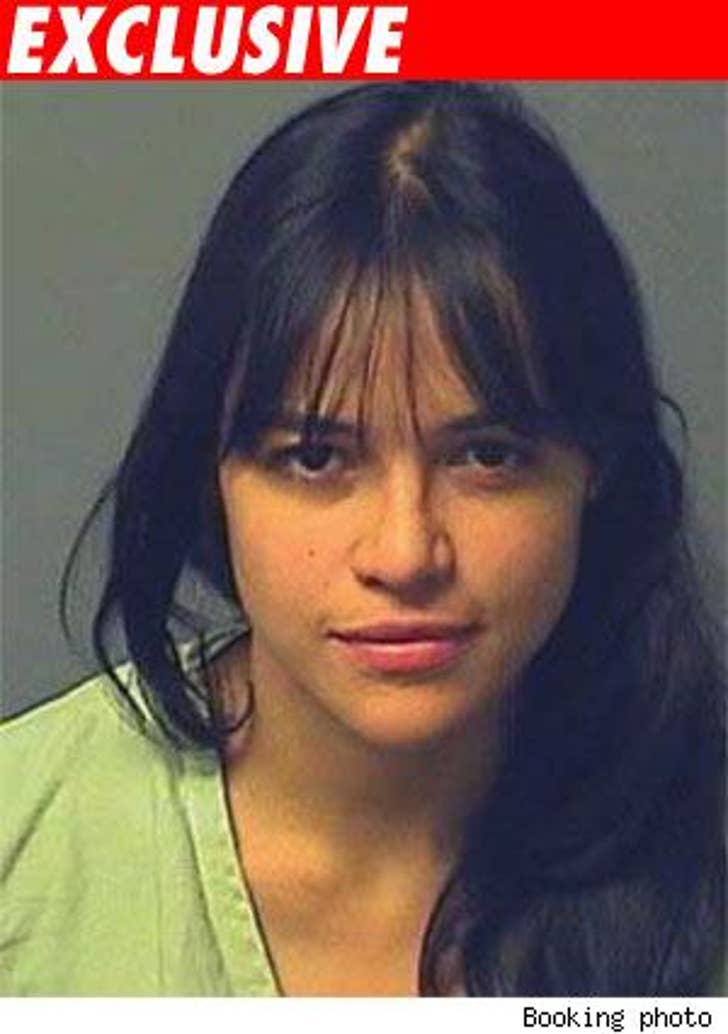 The actress was on probation for a variety of crimes, including DUI and hit and run. She violated that probation when she failed to provide proof of completion of her community service, and when she consumed alcohol three times while wearing an alcohol monitoring device. Whoops!

The judge who sentenced Rodriguez back in October specifically said that she was not be granted a work furlough, early release or home confinement and must remain in jail for the entire 180 days. Lynwood is the same jail in which Paris Hilton did her time earlier this year.

Last year, Rodriguez was sentenced to 60 days in jail, but because of overcrowding she was released the same day she went in.