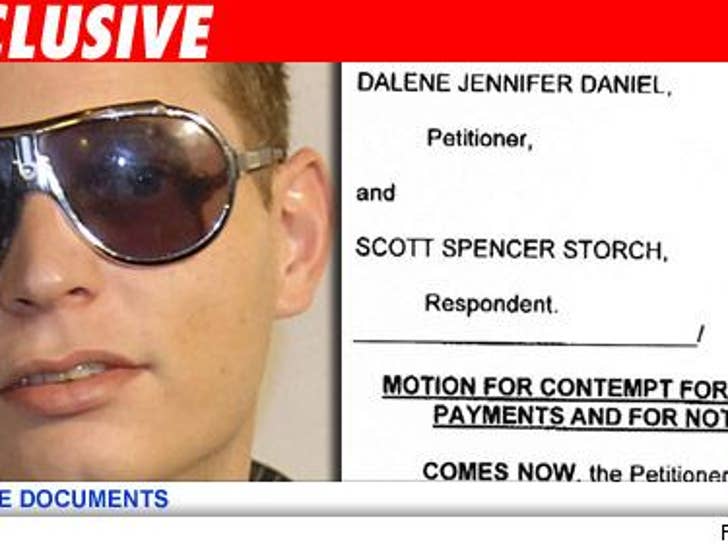 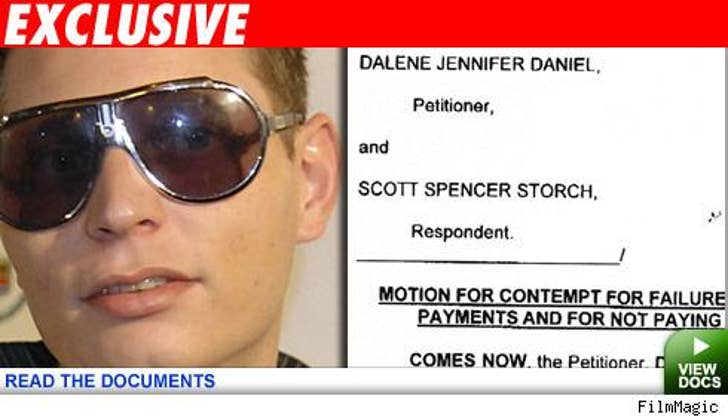 TMZ obtained documents from Miami-Dade County Court, charging that Storch is behind in his $7,500 per month support payment for, Jalen, who turns two in April.

According to Dalene Daniel, Storch missed last month's payment and this month's as well. She claims he's been "habitually late" in paying support, even bouncing checks. And to add the ultimate insult, her bank charges her $20 when his electronic funds don't come through.

And here's the deal; Scott is considered one of the most successful music producers. Forbes estimates his 2006 income at $17 mil -- that's $1.4 million a month!