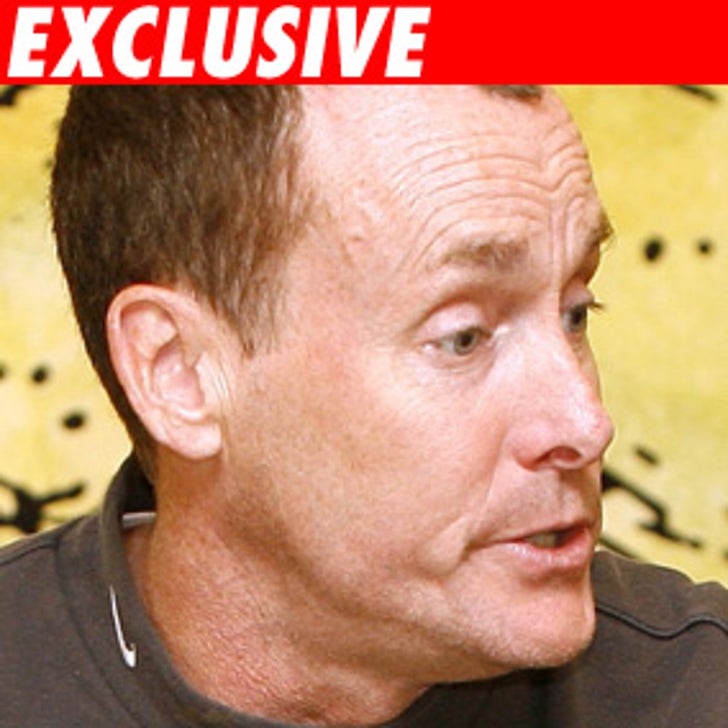 TMZ has learned, a "Scrubs" star has scrubbed his child support obligation because of the WGA strike.

John C. McGinley, who plays Dr. Cox on "Scrubs," was paying his ex-wife, Lauren Lambert, $9,000 a month in child support since their 2001 divorce. McGinley, whose 10-year-old son (with Lambert) has Down syndrome, has been praised for advocating Down syndrome research. But we've learned McGinley has told Lambert he has decided to cut his child support payments in half because of the writer's strike. Sources say he's told her it's "not fair" for him to pay his full obligation anymore because his show is not in production.

We're told Lambert is incensed, especially because McGinley, who is remarried with a child on the way, can afford "a big house in Malibu."

Sources say McGinley is supposed to pay half his monthly child support on the first of each month and the other half on the 15th. McGinley paid half on January 1 but paid nothing on the 15th and doesn't plan on it. Sources say Lambert may ask the judge to hold her ex in contempt.

McGinley's lawyer, Lynn Soodik, tells TMZ, "He's following the court order which allows him to reduce support if the show isn't being shot." But we've learned the court agreement states McGinley can reduce support only after "the final episode." The final episode is scheduled for the end of this season, so the fat lady hasn't sung.