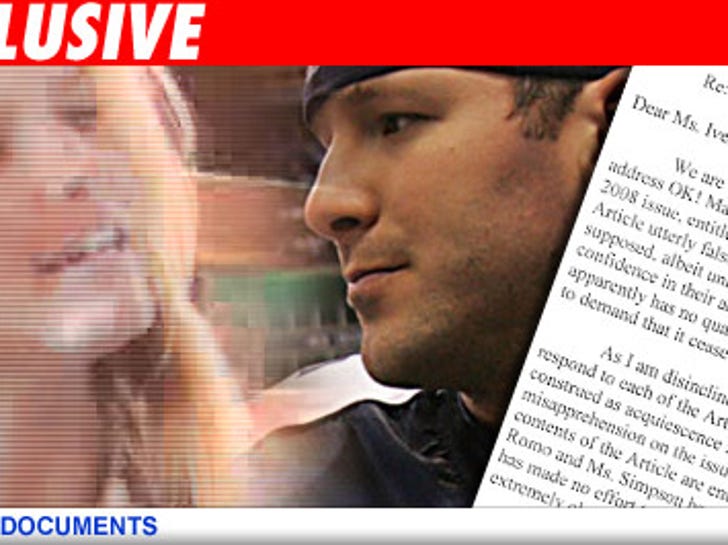 Jessica Simpson is fighting mad about an OK! magazine article about her relationship with Tony Romo -- and she's called in the dogs -- aka, her lawyers. 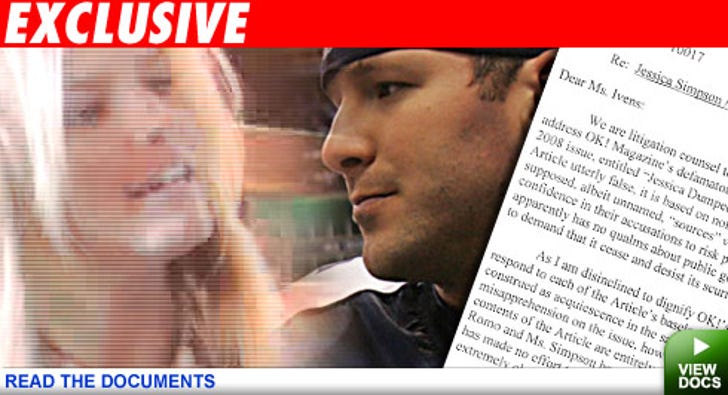 Jess is pissed over an article titled "Jessica Dumped!" that appeared in the February 4 issue of the mag. The article claims Tony dumped Jessica after his team was eliminated from the NFL playoffs. Simpson's attorneys say the article is "utterly false" and "is based on nothing more than rumor, gossip and innuendo." The article also claims Jessica's sister Ashlee has attempted to "distance herself" from her sis. The lawyers say that's B.S. too.

Simpson's lawyers have sent a letter to OK!'s Editor-in-Chief, Sarah Ivens, claiming OK!'s article is bogus, adding that Jess and Tony are still together and that Ashlee and Jessica remain close. The attorneys say the article reflects a "smear campaign" and has subjected Simpson to "public contempt, ridicule, aversion or disgrace."

The lawyers want OK! to "immediately publish a prominent and unambiguous" retraction.