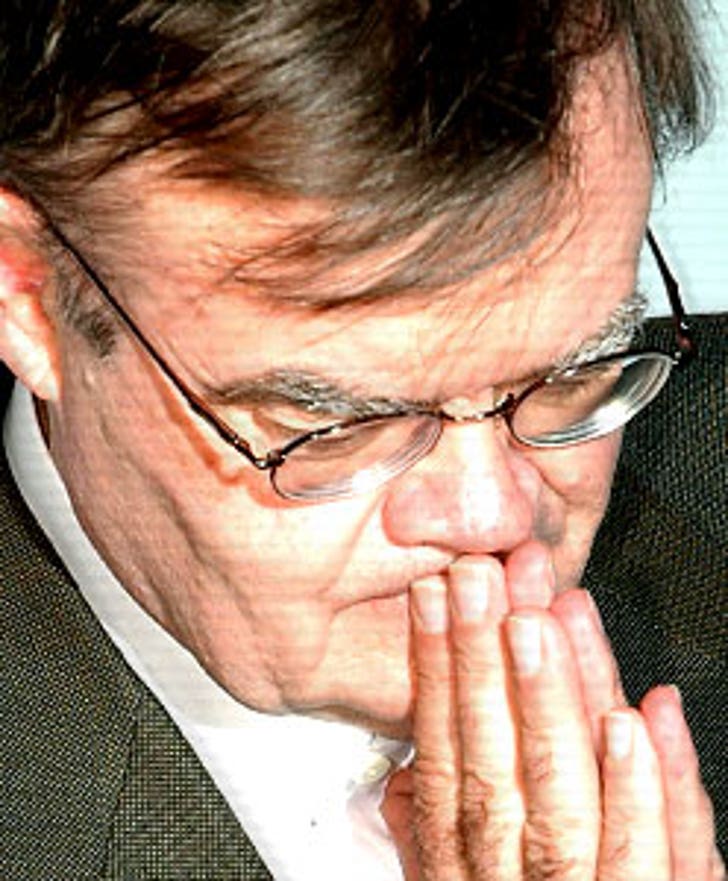 Bespectacled public radio host Garrison Keillor dropped a restraining order he had against a rabid female fan ... after she agreed to back off. It's difficult being a sex symbol ... on the radio.

The wackadoodle fan, Andrea Campbell, was accused of stalking Keillor with unwanted visits and by sending him odd tokens of her affection; like an alligator foot and dead beetles.

A hearing had been set for Monday, but Miss Campbell said she'd quit him -- but she told the St. Paul Pioneer Press that she's working on a book about "how she believes she and Keillor influenced each other's creative process."