TMZ has learned that Duane "Dog" Chapman will be back in business and back on the air on A&E. Woof! 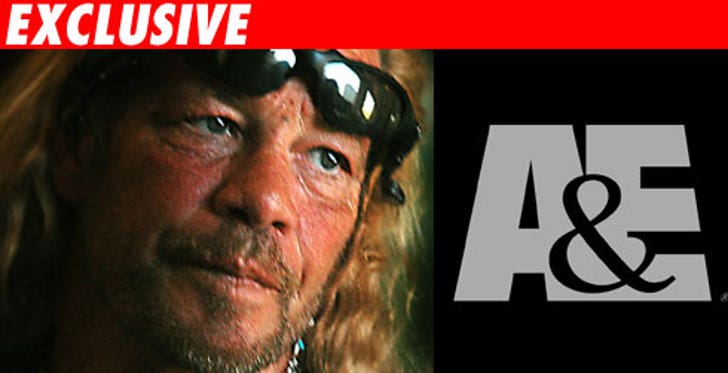 A network official confirms to TMZ that the show is going back into production, but they've not yet set a premiere date. As of now, they're gearing up -- big time -- in Hawaii and production will begin ASAP. Makeup artists and camera crews have been hired, and houses and cars have been rented, all for the return of the show.

A&E had suspended production on "Dog the Bounty Hunter" indefinitely after a recording surfaced featuring Chapman making racial slurs. Chapman immediately began a tour of forgiveness, working with CORE and other groups to promote racial equality. We're told network execs were "very pleased" with Dog's attempt to make amends and his reaching out to members of the African American community.

A&E isn't just making this decision out of the goodness of their hearts either. The show was insanely popular for the network, here and internationally -- airing in over 20 countries.