After a day and a half behind bars, Steve-O left jail -- and he snuck something out with him. 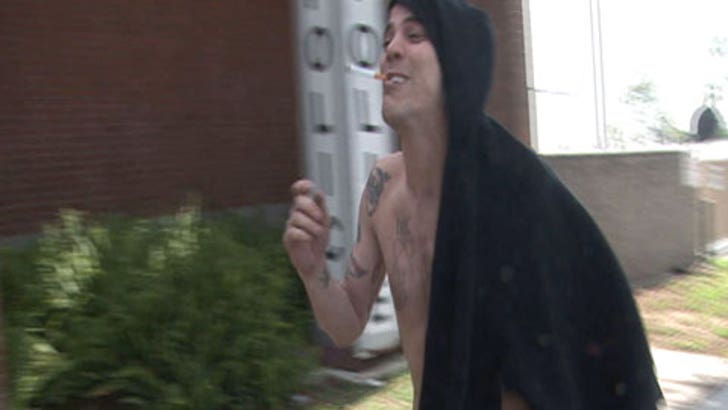 TMZ shot the Jackass leaving LAPD's Hollywood Division this afternoon after his pokeytime for some alleged vandalism, bragging about stealing his sheets from his cell. That's probably a no-no.

Steve-O also said the reason he was in so long was so his family could stage an intervention. We're guessing it didn't work.

UPDATE: Apparently since Steve was arrested without a shirt (you're surprised?), the jail let him take the sheets to cover up. If only he'd use them.