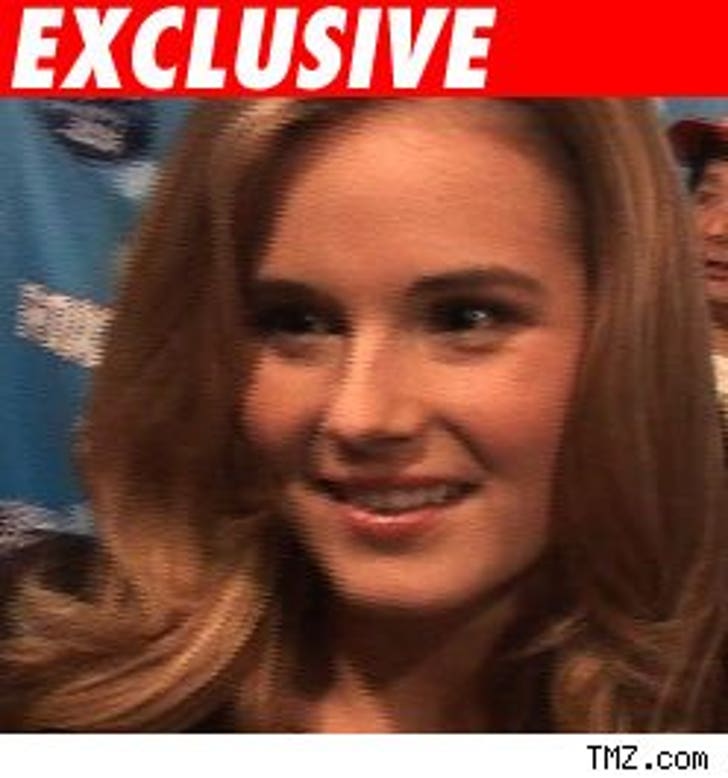 Surprisingly, "Idol" wannabe Kristy Lee Cook didn't get axed after massacring the Beatles' "Eight Days a Week" -- and her good looks may have a lot to do with it!

Sources tell TMZ most of the contestants (and the world) were convinced Kristy was getting the boot last night. After strip daddy David Hernandez was eliminated, we're told several of the contestants were overheard discussing Kristy's survival and the prevailing theory was that she was saved -- not by her vocal talent -- but because "it's too early to send home the hot chick." Can you say Kellie Pickler and Haley Scarnato?!

Another thing working in Kristy's favor is the loyal country music crowd. In the end, her twang may take her farther than her t**s!