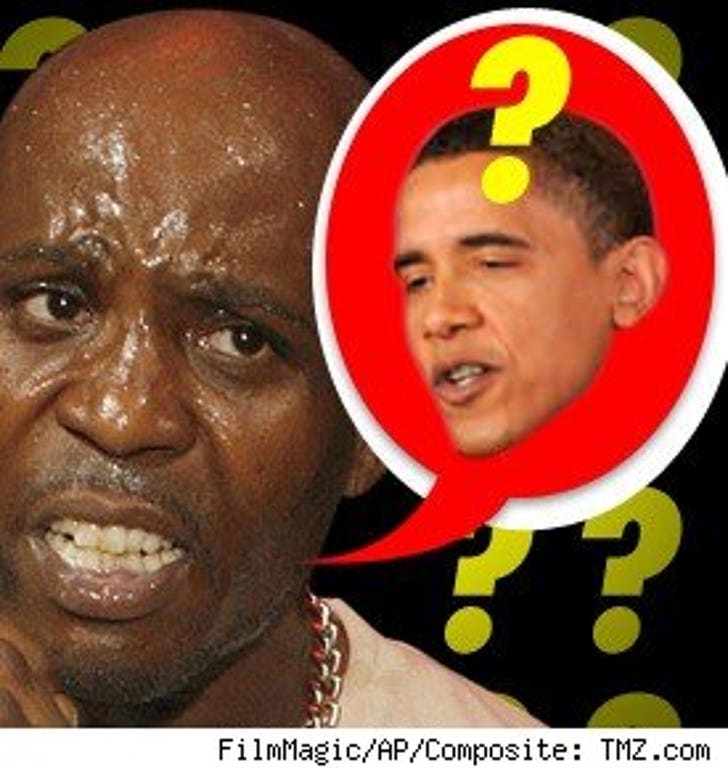 Apparently DMX is not only crazy as the day is long, but he's also living on another planet.

The rapper did a bizarre interview recently with XXL, where he claims he has never heard of anyone named Barack Obama! He then proceeded to make fun of Obama's name -- because the name DMX is clearly ingenious.

DMX continued digging a hole for himself, saying he hasn't followed the presidential race at all and that "The president is a puppet anyway. The president don't make no damn decisions."

Lucky for the rest of the America, DMX revealed he's not allowed to vote because he's a convicted felon.

Calls to DMX's rep for a statement were not returned.