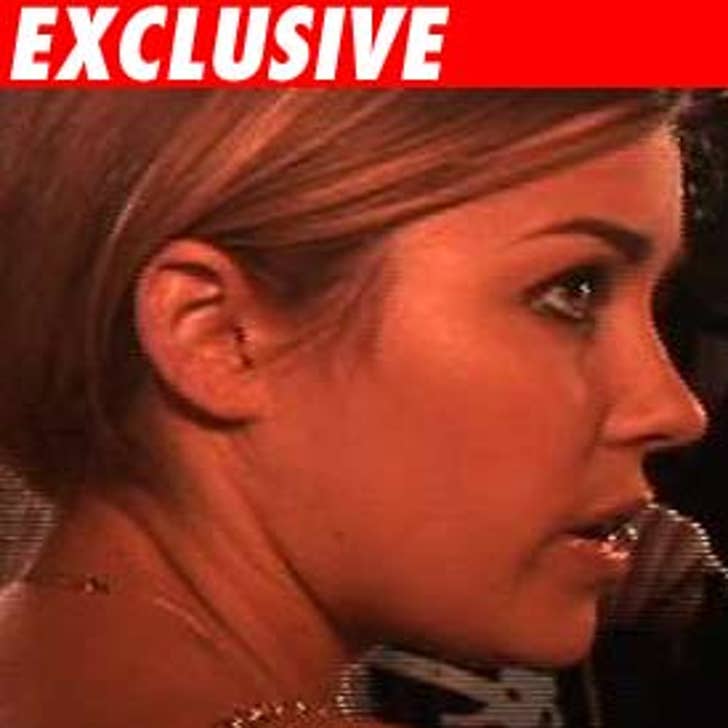 Lauren Conrad doesn't know when to shut up. In this week's Us Magazine, poor Lauren goes off about betrayal and how she was stabbed in the back by BFFs Brody and Audrina. Then she goes off on her blog, claiming that her words were twisted. Uh, not quite.

A source at Us Weekly tells us MTV execs loved the cover- and the storyline matched exactly what they're promoting for the "Hills" season opener on March 24. Then, we're told, Audrina freaked. She was having a "very emotional week" (naked pictures and all) and we hear "went into a rage" when she read the article.

Our source says Lauren, scared to lose her BF, posted the blog as an olive branch to Audrina. Problem is, Us Weekly is probably the only mag that cares enough to put LC et al on the cover. Lauren's even admitted publicly that Us is responsible for the ratings success of the show. Talking a bunch of smack on her blog about the mag is probably not exactly the best idea.

So, trying to put the toothpaste back into the tube, LC has just issued the following statement, to backpedal clarify: "It was never my intention to criticize Us Weekly as I have a great relationship with them. My statement was only meant to support and stand by my friends." We hear that LC will also be in attendance at an office cocktail party next week in NY.