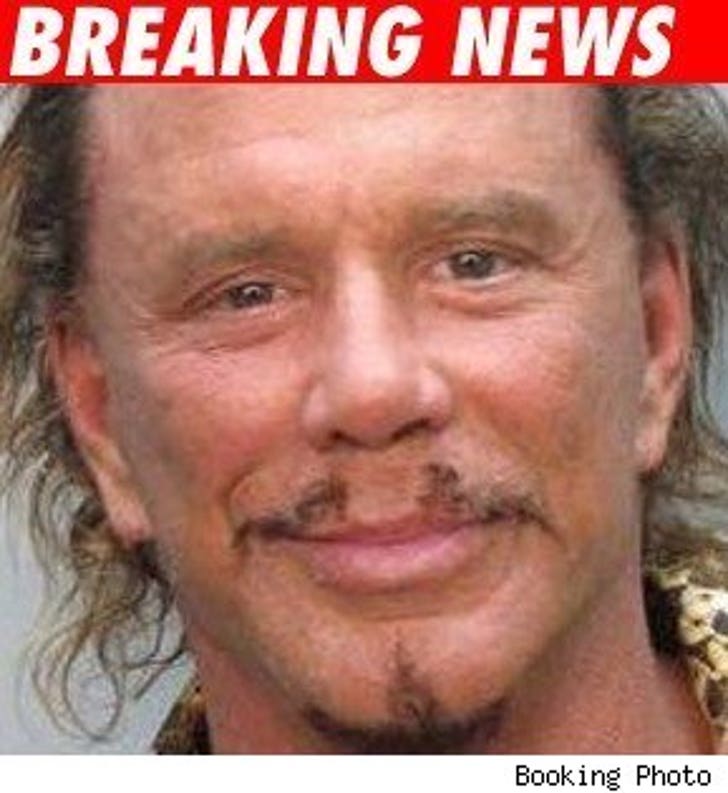 Mickey Rourke has pleaded guilty to reckless driving following his arrest on a Vespa near Miami Beach. Toot toot!

Rourke was arrested in November driving the blue-green scooter. During the arrest, he allegedly told the officer "F&*% you, I'm not drunk." Yesterday, Rourke had some choice words for that cop, telling the Palm Beach Post "I'm friends with most cops in the city and they told me the guy who got me isn't even liked by his colleagues. He's a 400-pound f&*% unfit for duty." Nice.

Rourke has been sentenced to six months of probation, ordered to pay a fine and serve 50 hours of community service. Instead of serving the time, he was allowed to buy the hours at $10 per hour so he wouldn't have to serve.

"The only thing he has to do is take an online driving course," said his lawyer, Michael Grieco.

The best part? When he was asked who the mystery blonde was on the back of the scooter with him the night of the arrest, Rourke told the paper, "Don't ask me her name. I have no idea who she was. I met her in a bar and never saw her again." Class.