Redmond O'Neal, the son of Farrah Fawcett and Ryan O'Neal, hasn't decided whether to plead guilty or not guilty to DUI and drug possession charges ... and he won't have to for about three weeks. 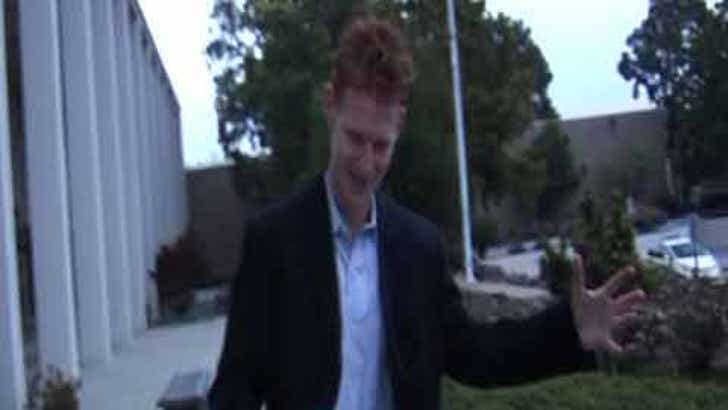 Redmond was in court today for his arraignment, which was rescheduled for mid-April. When TMZ spoke to him outside the courthouse he said his famous parents couldn't make it because they were "working."

His January arrest wasn't his first brush with the law -- Redmond was busted in 2005 for possession of cocaine and methamphetamine, and in 2007 his brother allegedly tied him to a staircase so he wouldn't leave his house to get more drugs.