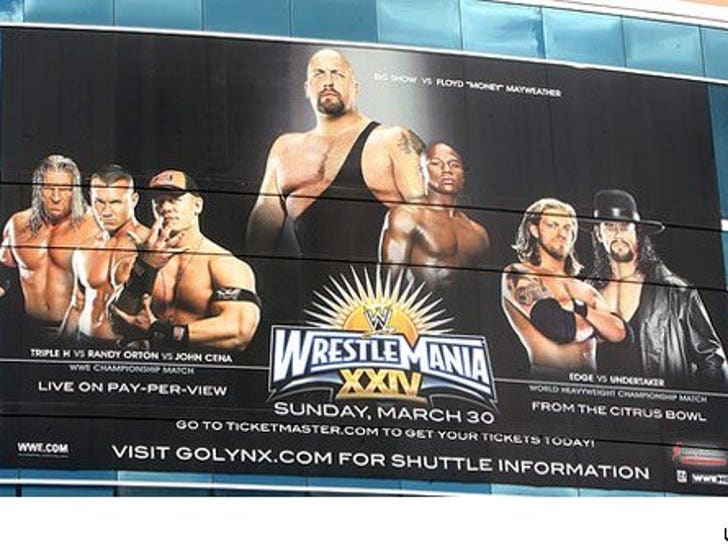 Nipplegate 2008 has broken out in Florida! Wrestlers John Cena, Triple H, Randy Orton and Big Show are all proudly baring their nipple-free chests on a huge banner in downtown Orlando. Wait, what? 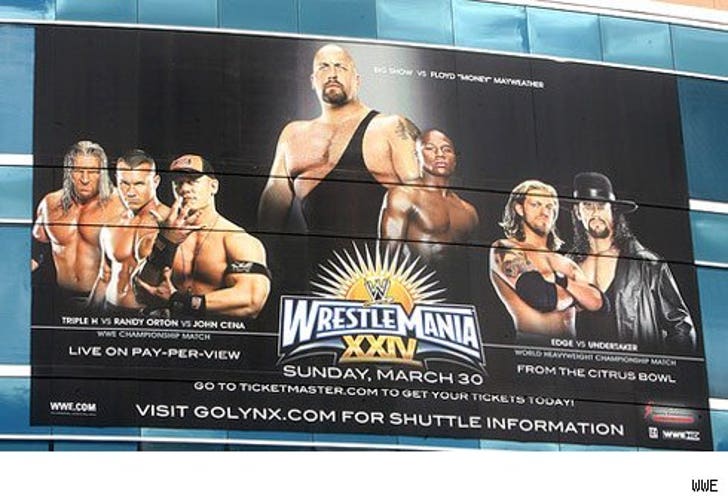 City officials met with some WWE suits to figure out how to keep the wrestling poster from looking "too provocative." The outcome - the WWE slammed, er, airbrushed the nipples into oblivion. Billboard malfunction!

According to the Orlando Sentinel, Mayor Buddy Dyer liked the nipple-free poster and added that there was some sort of city ordinance that banned public display of male nipples. For the love of Janet Jackson! But according to the city's press secretary no such ordinance exists.

Only one banner was targeted for nipple eradication. However, buses all over town are still cruising the streets baring the original posters of the wrestlers --male nipples and all. Flaunt 'em if you got 'em!

WWE Takes CNN to the Mat