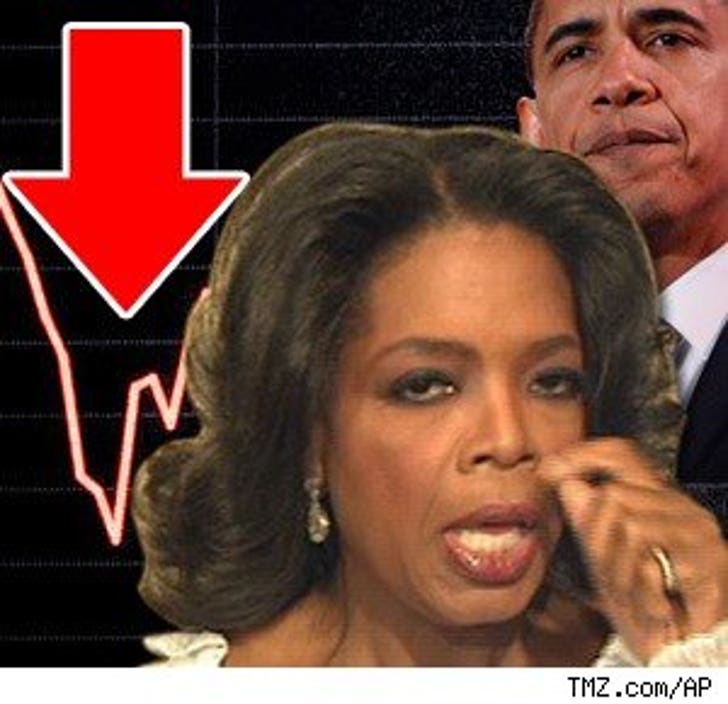 Is Brad Pitt's 9th cousin to blame for Oprah's decline?

Recent polls are showing that the empress of daytime's Obama endorsement have been good for him, but totally effed her up!

A poll taken in February of last year, prior to the Big O's decision to back her home state Senator, found that 74% of Americans had a favorable view of the talk show queen. Another poll taken several months after her endorsement, show Oprah's rating to have plunged to 61%.

The big kicker was last month's AOL poll that revealed that 46% of Americans found Ellen to be the daytime host who "made their day" over Oprah's measly 19%. The same poll found 47% wanted to break bread with Ellen while only 14% wanted to dine with Oprah. And Oprah's got all those fancy chefs working for her!

Good thing Oprah's got gal-pal Gayle to share a tub of ice cream with...