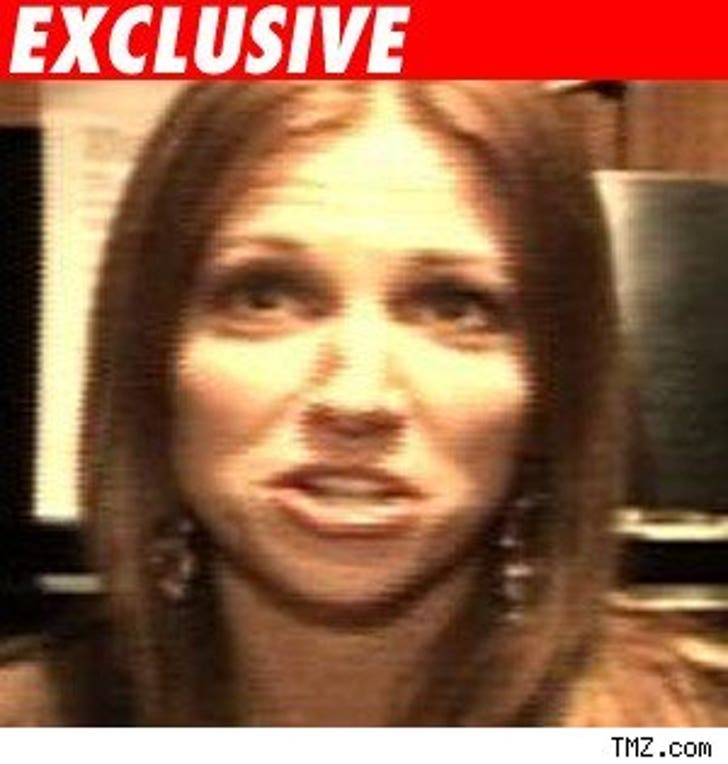 Deborah Gibson's crazaziest fan is also a speed freak on the road!

TMZ spoke to Gibson, who filed a restraining order against Bassas Jorge Puigdollers today. She said the guy not only drove to her show in Texas on Saturday night, but within an hour of her landing in Los Angeles on Sunday he was outside her home!

Gibson says Puigdollers has been following her around the country and sending her letters for over six years, but that the obsessive behavior reached a very uncomfortable level after he turned up at her L.A. home several times -- and wouldn't leave -- in one week. She says she filed the restraining order because, "I feel my safety is in jeopardy."

Deborah tells us the alleged nut is in his mid-forties, lives in Spain and even left his wife to follow Deb around the country. Good news for his spouse -- not so much for Gibson.

Gibson is getting ready for a month-long stint at Harrah's in Atlantic City and will be running her Camp Electric Youth summer arts camp in Hollywood and prays there'll be no more uncomfortable incidents with Puigdollers. Hopefully, that's no foolish beat!