Gary Busey went ballistic on our camera guy today when we tried to get the real story behind his alleged eviction. 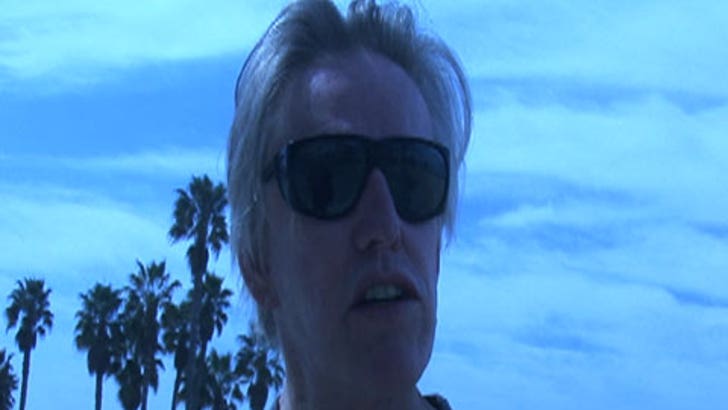 Busey tore after our guy, ripping the microphone and battery off his camera. But after Gary went inside his apartment and cooled down, he came back and apologized for it all. He told us he didn't get evicted from his place and he doesn't owe his old landlord $50k as had been reported -- he just moved out of Malibu because he needed a change of pace.

Apparently that change doesn't involve his sanity -- it's still gone.