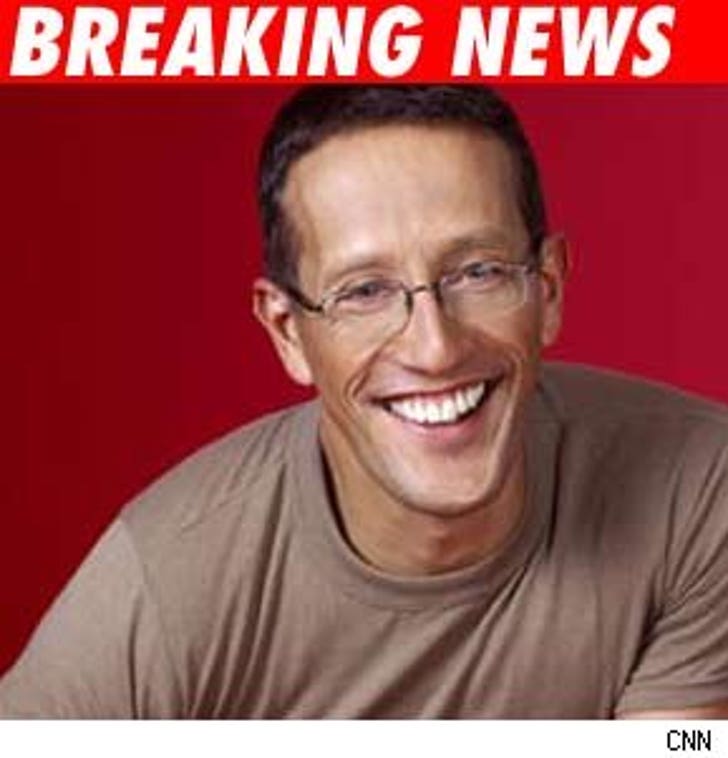 CNN International's business travel specialist, Richard Quest, was arrested early this morning and booked on a misdemeanor charge of drug possession after police found him wandering around Central Park at the Kevin Spacey ungodly hour of 3:40am - way past the park's curfew.

UPDATE: According to some kinky reports, Quest also had a rope around his neck that was tied to his genitals -- and a sex toy in his shoe. How Dita Von Teese of him!

Police were escorting Quest out of the park when he voluntarily told them, "I have meth in my pocket." He was then searched and indeed, was holding a small amount of methamphetamine in a Ziploc bag.

UPDATE: Quest was arraigned this afternoon in Manhattan's Criminal Court. Judge Anthony Ferrara told the reporter that if he attends counseling and therapy for the next six months that his case will be dismissed, but warned that if he failed to do so, he would be back in court and on his way to jail.