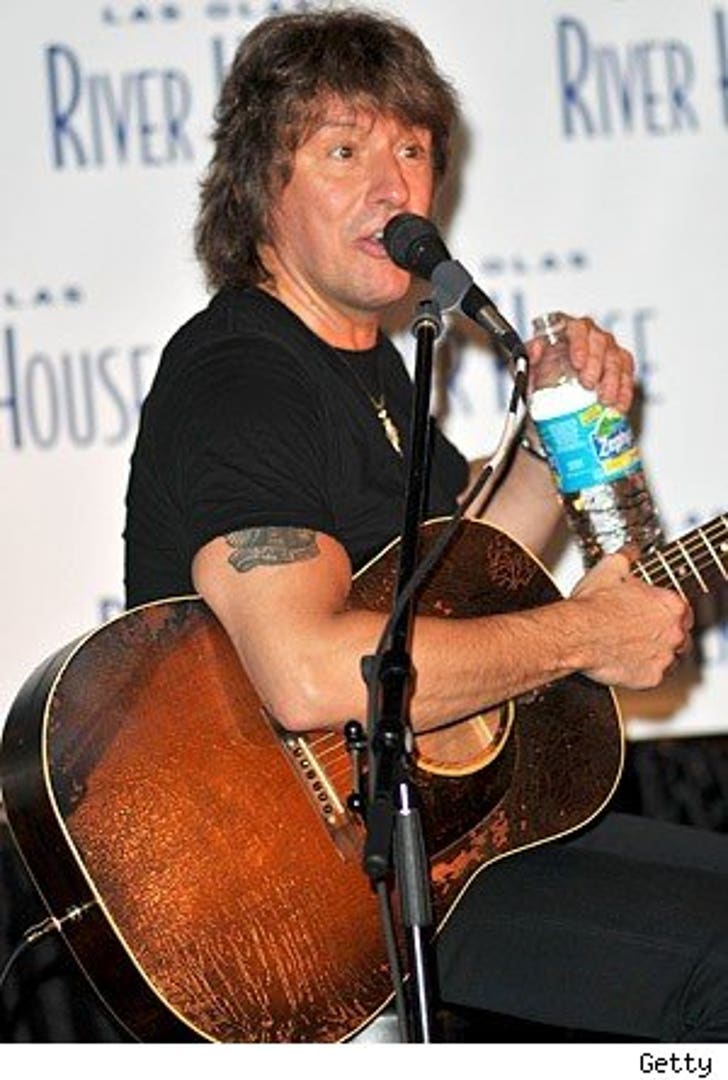 Sambora appeared at the Las Olas River House in Fort Lauderdale, Fla. He used the downtime between Bon Jovi gigs (they are currently on tour) to play the highly-prestigious gig. Guess there were no mall openings yesterday.

Sambora was popped for DUI last month and pled no contest to driving with a blood alcohol level of .08 or higher earlier this week. There had been reports that prosecutors were going to file child endangerment charges, but they never did.