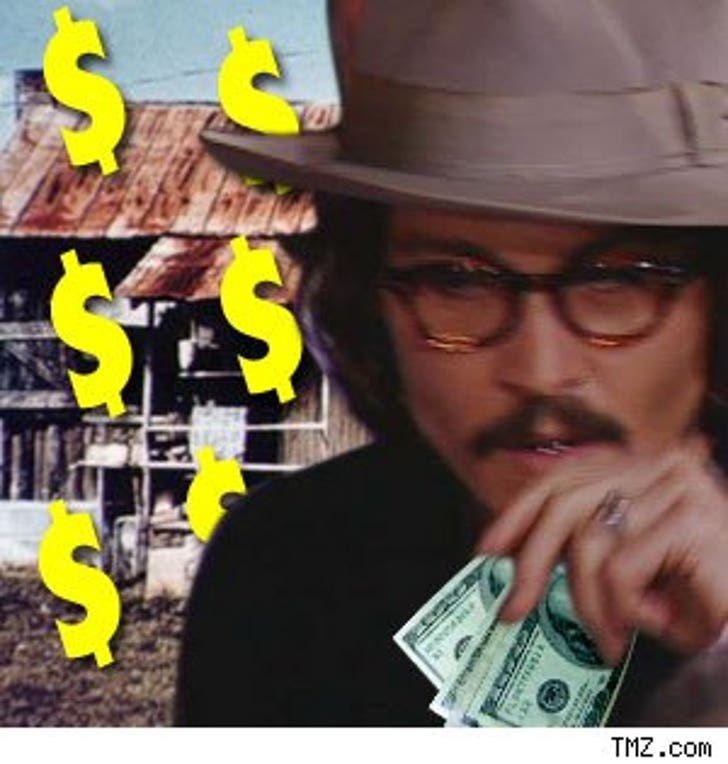 Johnny Depp is doing what the president can't -- saving the economy one location at a time!

While filming his new film "Public Enemies" in Oshkosh, Wisc., Johnny's eating and drinking habits did more for the area's financial outlook than any reduction in interest rates. Depp and his pals -- who were staying at a hotel in nearby Appleton -- recently dropped a $1,500 tip on a $2,600 dinner at a local restaurant and that has residents saying, "Johnny Depp is welcome here anytime." Hillary & Obama, who?

The Michael Mann directed film filmed in -- and pumped cash into -- various parts of Wisconsin and Illinois, leaving a trail of very happy townies. See, Hollywood ain't all bad.