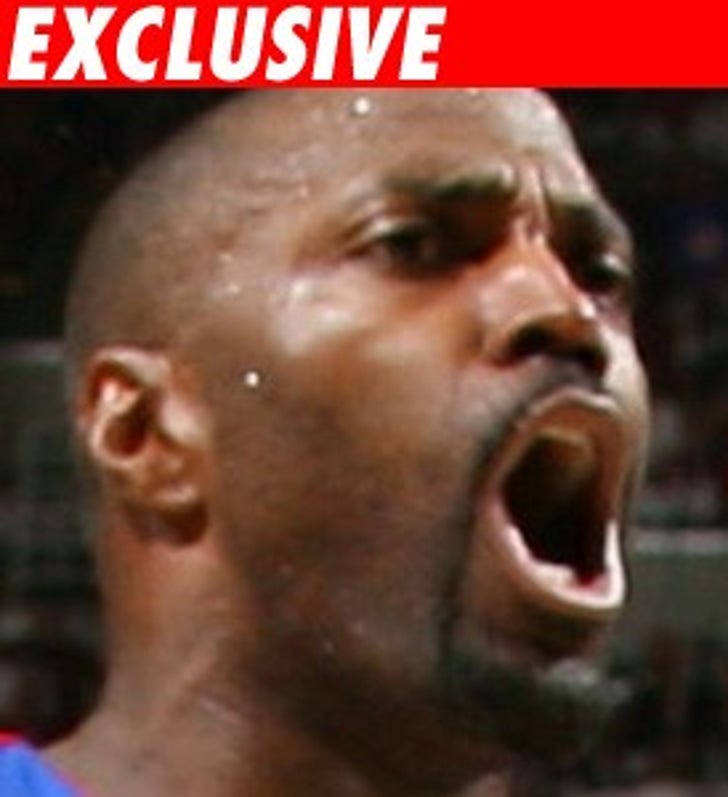 TMZ has learned the identity of the NBA star who was dating Rob Lowe's former nanny -- and he could be a big player in this case.

His name is Dale Davis and this is how he ties into the Rob Lowe story -- Lowe's former nanny, Laura Boyce, says that Rob's wife Sheryl constantly made sexual remarks around her about her boyfriend's genitals. Boyce dated Davis while she worked for the Lowes. Boyce claims Sheryl once said Boyce "got strep throat from sucking ni***r d**k. I mean black d**k."

Davis, who stands nearly 7' tall, had a long career in the NBA but is currently out of the league.

BTW -- Gloria Allred, who is repping Laura Boyce, is throwing a press conference at 11:30 AM PT -- and TMZ will be there live!