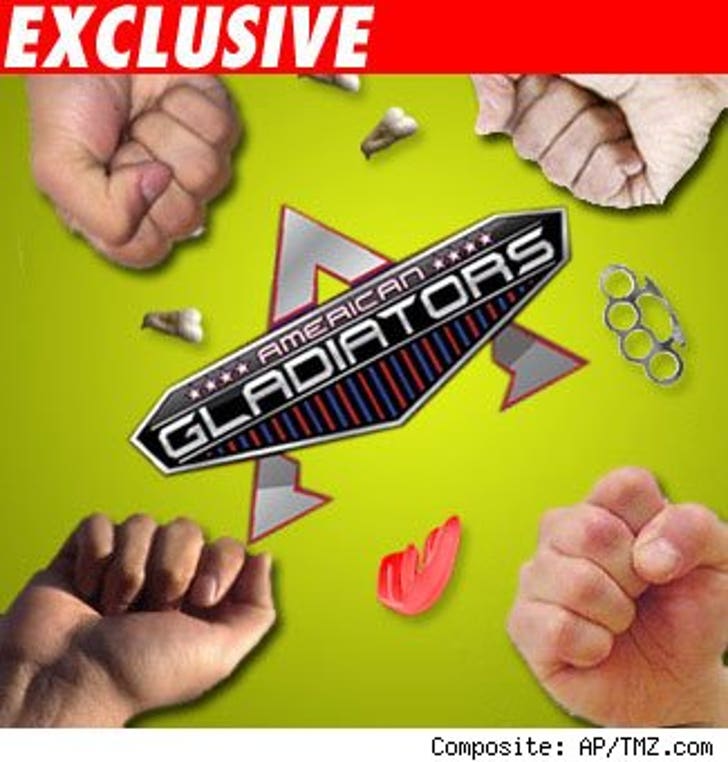 A nasty fight broke out during the April 30 taping of "American Gladiators" -- and it involved a random "American Idol" reject from Season 1.

TMZ sources tell us a brawl erupted in the stands when a woman got punched in the face -- by a guy!!!

We're told three women and five men came to the rescue of the injured woman, where our source says they "literally tumbled down three rows of audience members ... flying left and right like bowling pins."

Making the mess crazier is that one of the guys with the injured girl was "American Idol" contestant Jules Sanchez from Season 1. Where's Simon when you need him?

A source from NBC tells TMZ, "There was a small altercation between fans in the stands that was quickly handled by security."

No police report was taken on the scene.