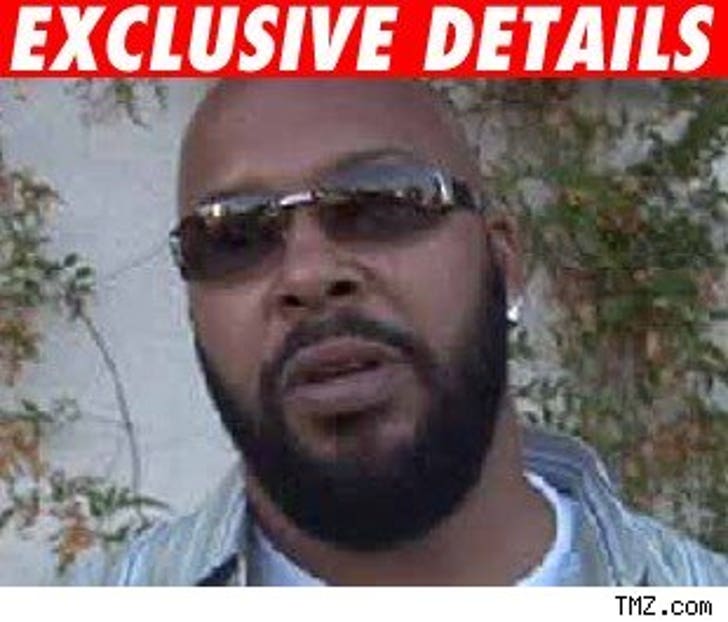 Law enforcement sources tell TMZ after Suge Knight was knocked out at a club last night, he refused to deal with cops.

As we first reported, Suge and his peeps beat up a guy at an L.A. club last night, but the victim landed a punch that caused Suge to go Knighty night. We're told after Suge was taken into a nearby SUV, a woman got in the driver's seat, pulled forward and hit a car, then put it in reverse and hit another car. She was taken from the car by security, and someone else drove Suge away from the scene.

Suge was taken to a hospital, and LAPD officers arrived shortly thereafter, but Suge was uncooperative and refused to file a police report.

Wonder if it had to do with the "money deal" that apparently triggered the fight.