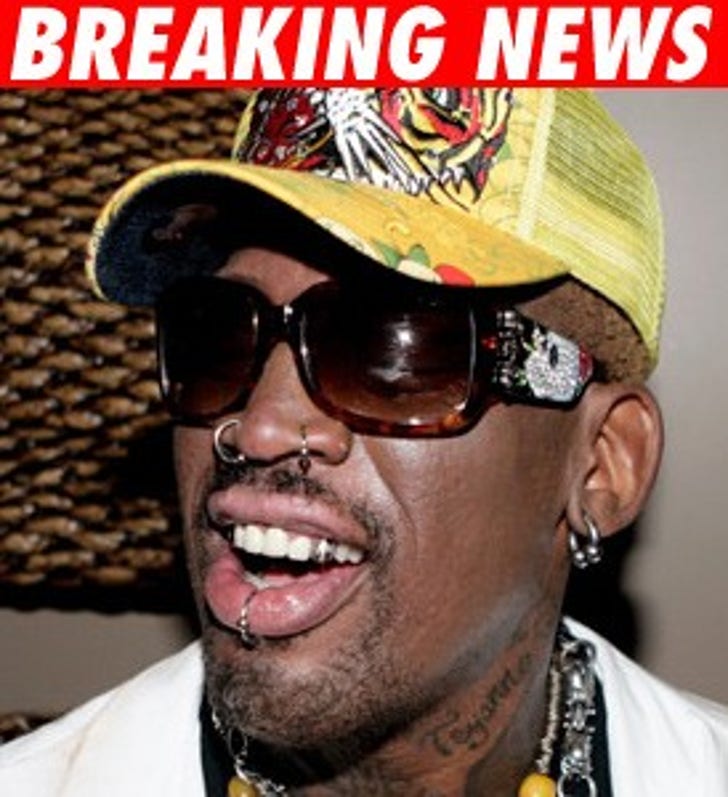 Prosecutors nailed Rodman with several misdemeanor counts of spousal battery, brandishing a deadly weapon and one count of dissuading a witness.

Cops say Gina Peterson called hotel security on the evening of April 30 after she claims The Worm grabbed her arm after they had some sort of fight, causing a bruise. After the incident Rodman's rep told us that he had "had too much to drink" that night.

Dennis is currently at a rehab facility in Florida where two days ago he told us "I've never hit anyone."