Damn! People will interrupt anything! Comedian Eddie Griffin was working it out at a comedy club in Agoura Hills, Calif. last night, when a process server dumped a little present for him on the stage. 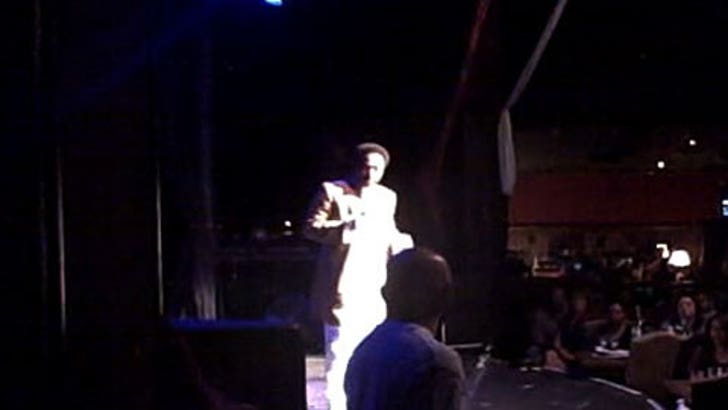 The Undercover Brother handled his business, though, despite being served with legal docs. He even incorporated the new "material" into his act. No joke!

As TMZ first reported, a production manager on one of Griffin's shows sued after an alleged racially-charged ass-whoopin'.