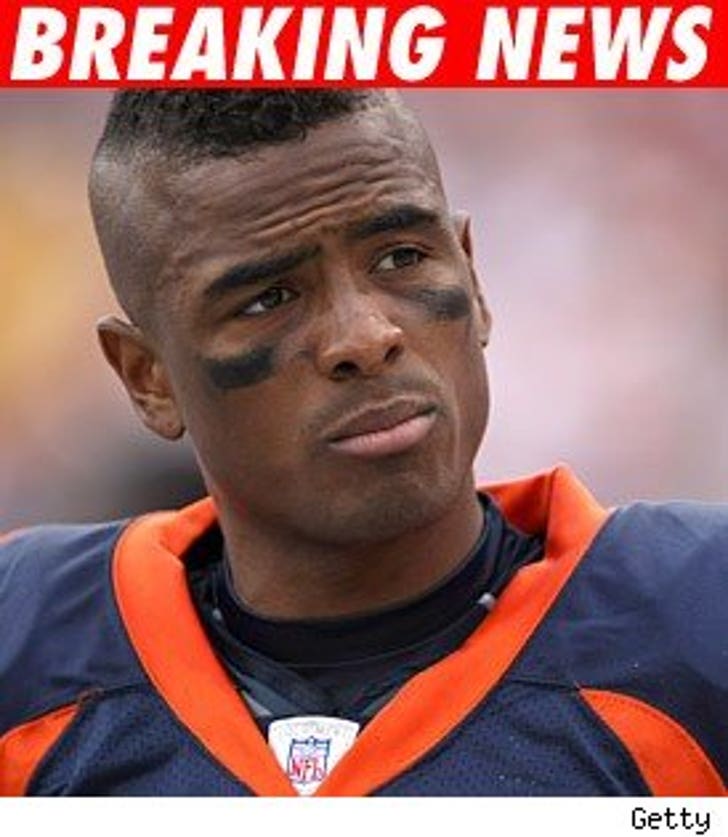 Just moments after getting out of oral surgery to fix his broken face, NFL star Javon Walker blew the lid off his mysterious beatdown -- claiming he was abducted out of his Las Vegas hotel room by gun-toting thugs early Monday morning.

In an exclusive statement to TheDirty.com Walker said, "I was just back at my room and at about 5:30 in the morning, I got a knock at the door, I opened it and three guys with guns were there, they cracked me in the head a few times knocking me unconscious. They then robbed me of everything I had -- my watch, money -- everything! Somehow they got me to the car and dropped me off in the street. That's what happened."

Walker, who just signed a $55 million dollar contract with the Oakland Raiders, also says reports that the robbery stems from the champagne wars with Floyd Mayweather at Body English nightclub earlier in the evening are completely false.