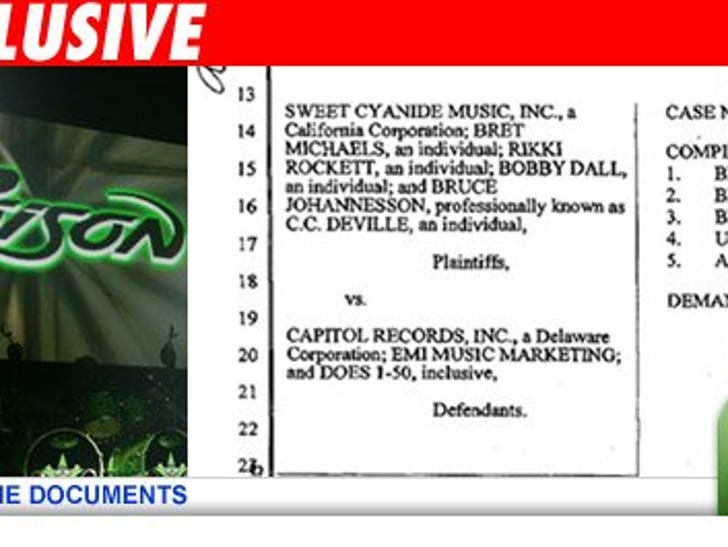 Poison is set for a new tour this summer, but first they're getting the band back together to sue their record label! 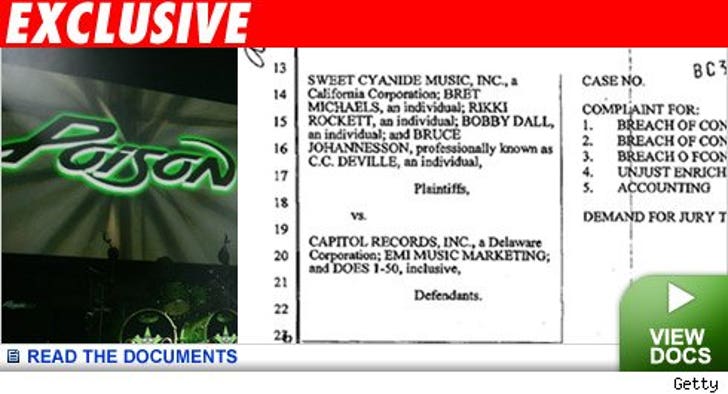 According to a lawsuit filed today in L.A. Superior Court, the band claims Capitol Records stiffed 'em -- underpaying them royalties for years. They also claim they were shortchanged by EMI Music Marketing over a deal they made in 2005 for their greatest hits album, which featured a new track entitled "We're An American Band."

They're suing for breach of contract and seeking damages in excess of $25,000.