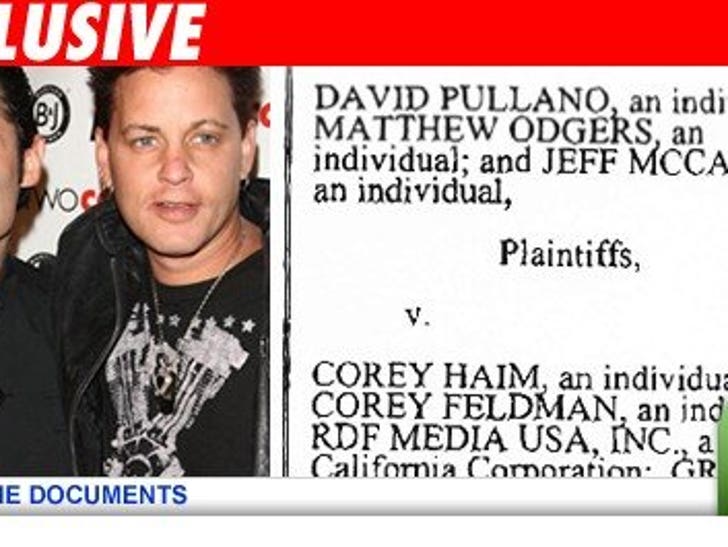 Washed up 80's products Corey Feldman and Corey Haim are teaming up again to fight accusations of "pirating the fruits" of someone else's horrible reality show idea. At least it gives them something to do. 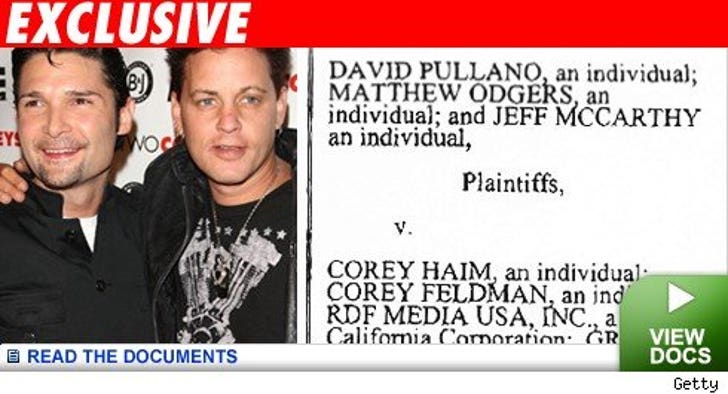 In a lawsuit filed today in L.A. County Superior Court, a trio of writers/producers accuse the Coreys of stealing the brilliant idea of taking two has-beens with the same name and giving them a show -- "The Two Coreys."