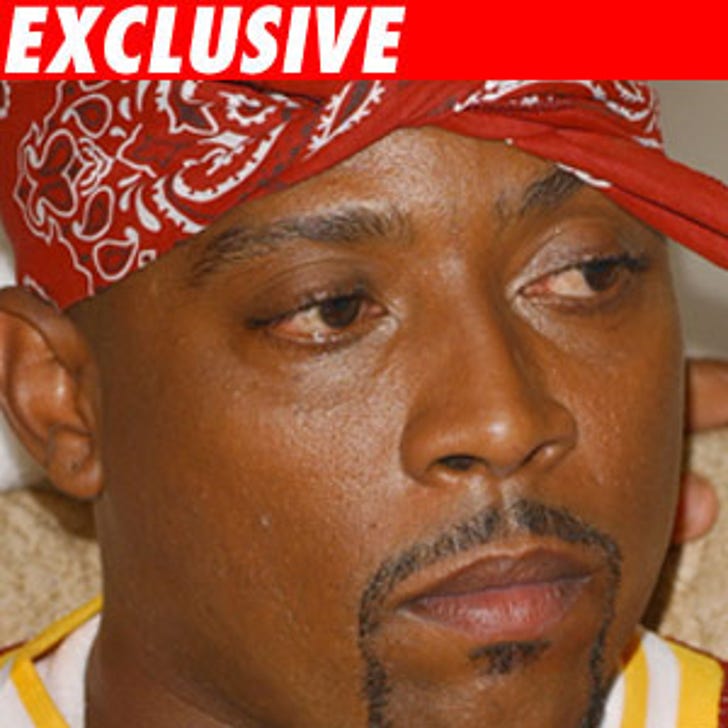 TMZ has learned hip-hop artist Nate Dogg was arrested around 8:30 AM PT this morning while driving on the 405 in L.A.

Cops tell us a woman who said she was Nate's estranged wife called into 911 freaking out as she was driving, claiming Nate was making death threats against her and "dangerously" following her as she drove down the road. The CHP stopped them both, and after interviewing both parties, arrested him for making terrorist threats and driving on a suspended license.

The singer, whose real name is Nathaniel Hale, is currently in the process of being booked into the medical ward of the Twin Towers jail in downtown L.A. He suffered a debilitating stroke last December.