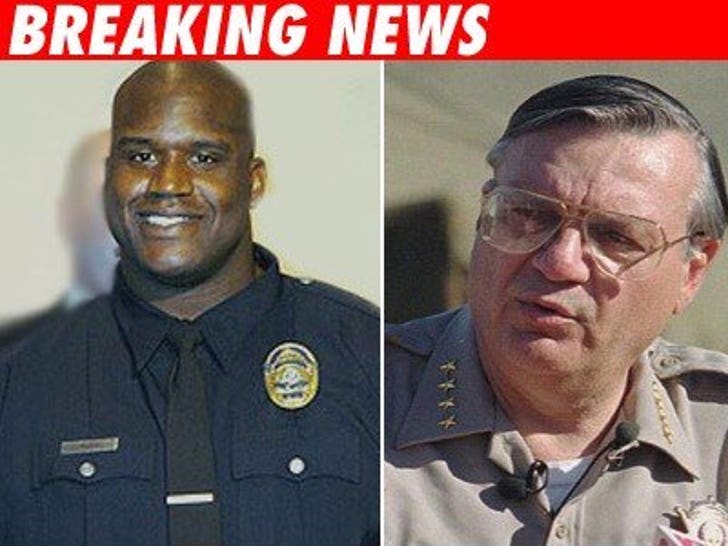 The Sheriff of Maricopa County, Arizona thinks Shaq-Fu better shut up! And now he's pulled the NBA baller's special deputy's badge because of his rapping rant against Kobe Bryant. 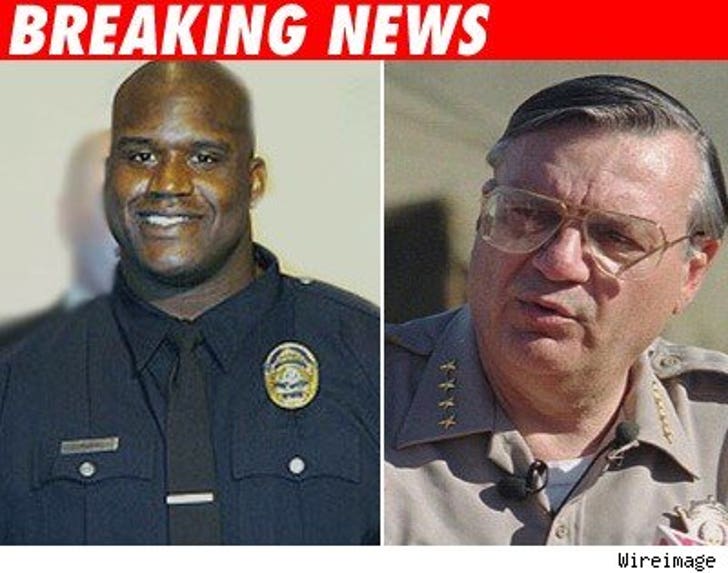 Last January, Maricopa County Sheriff Joe Arpaio made the Phoenix Suns star a special deputy, and then promoted him to a ceremonious colonel earlier this month. "I want his two badges back," Arpaio told the AP, "Because if any one of my deputies did something like this, they're fired. I don't condone this type of racial conduct."

Arpaio, known as "America's Toughest Sheriff," is best known for forcing inmates to wear pink undies and work on a chain gang.

O'Neal also served as a reserve officer with Miami Beach PD while playing for the Miami Heat.