Don't mess around at a Tim McGraw concert -- or he'll pull your ass out of the crowd and have you tossed out! 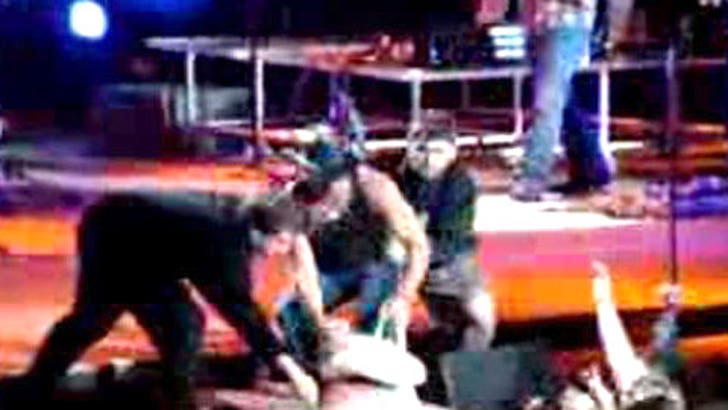 At his concert last night, Tim spotted a over-sized, rowdy fan in the front row -- and proceeded to grab a hold of him, pull him on stage and threaten to punch him with a cocked-back country fist!

UPDATE: Tim's rep tells us "While Tim was performing at the White River Amphitheater in Auburn, Washington last night, he watched a man rush to the front of the stage. This overly aggressive fan attacked a female fan and Tim witnessed this incident. Tim called for security, but when they could not respond quick enough Tim and several crew members removed the fan from the audience where he was then turned over to the local authorities."