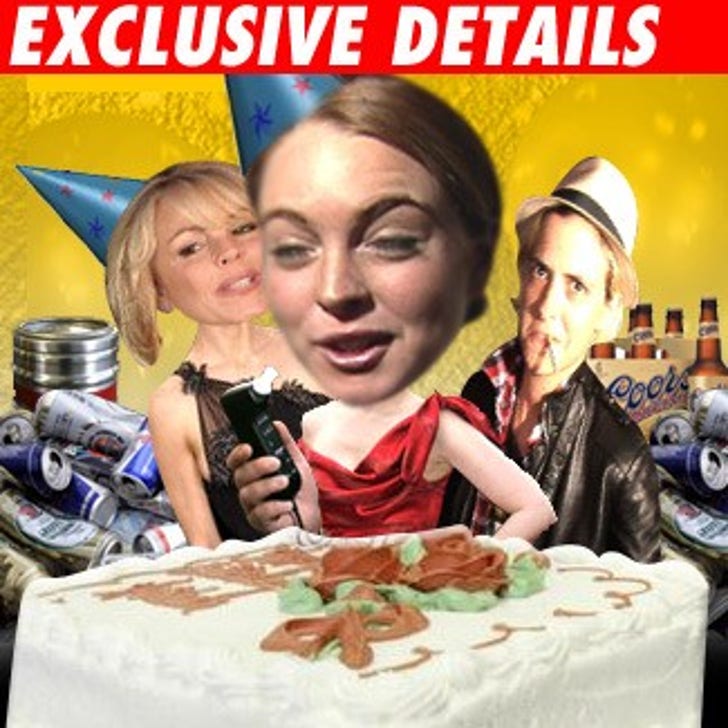 Lindsay Lohan's 22nd birthday throw down is toned down from what it was supposed to be -- 'memba this? -- but that doesn't mean it won't be a wild affair.

We're told her full sister Ali and loony mom Dina are flying in for the private party. It's being held tonight at Teddy's inside the Roosevelt Hotel -- where LiLo has several suites lined up. There won't be a sponsor, but word is it will be a celeb-infested soiree. Sam Ronson won't be working the gig -- the two pals wanna be able to spend some precious time together.

And don't think about crashing the celebration -- sources tell us that security is so tight, everyone entering the party must be cleared by La Lohan herself.

We called Mike Heller from Talent Resources -- the marketing firm that tried to put her original bday bash together -- he had no comment.