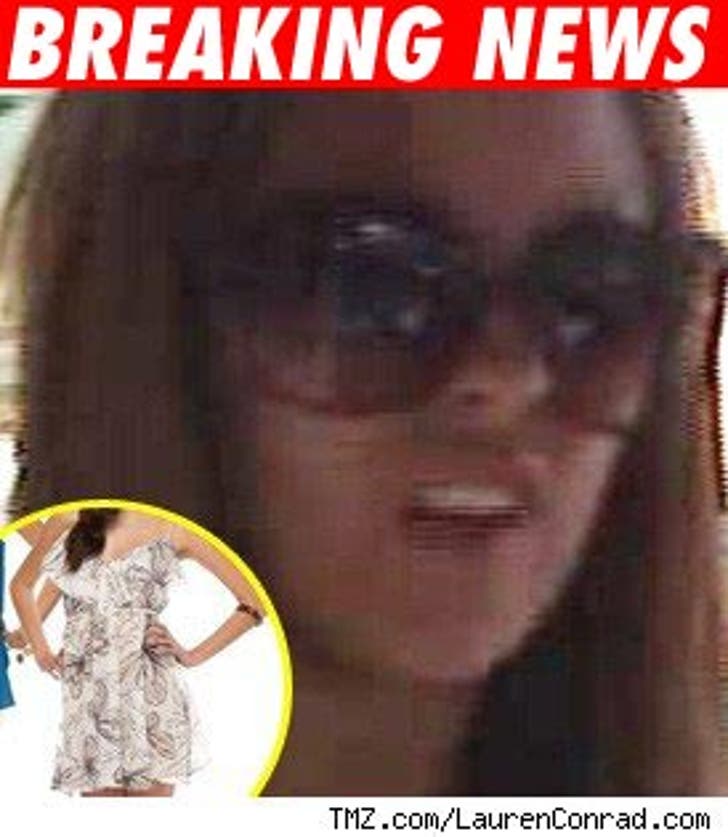 It looks like LC's fashion designing career could be as fake as "The Hills"!

Sources close to the Lauren Conrad line tell us LC's claim that she's involved in every step of the design process is overstated. We're told, "You never see her picking out fabrics, or in the cutting room, or even at the drawing board. She's not the designer, the only step she's involved in is the promotion."

We're also told the clothing line mainly is fashioned by Sherri Roozrak-Wood, a former designer for Tart. And surprise! LC's clothes look an awful lot like some of the old Tart designs.

Our spies were at Kress nightclub last week, and they tell us they overheard LC tell an aspiring designer that she wished she knew how to sketch. Cuts you up!

We talked to LC about the claims made, and she tells us, "These claims are ridiculous. Anyone who knows me knows how important designing is to me and how much time and devotion I put into my own line. I am and always have been the sole designer of the Lauren Conrad Collection."

Others are actually coming to the defense of LC, including the woman who was named as the "real" designer, Sherry Roozrak-Wood. She tells us, "I am not the designer of the Lauren Conrad Collection. All of our vendors and staff can verify that all designs and decisions are made by Lauren Conrad."

Lori Berger of CosmoGirl profiled Lauren and states, "I recently spent some time with Lauren Conrad at her factory in Sylmar, California, where she designs the Lauren Conrad Collection. I did this as part of cover story I was working on for the Sept. issue of CosmoGirl magazine. My goal was to show our readers another side of Lauren's 'real' life -- as a working designer -- one they don't get to see during the filming of "The Hills." During the approximately two hours I spent with her, I watched her do a 'final fit' on her resort collection which included everything from altering sleeves, hems and necklines to making changes and adjustments to the overall silhouettes of many of the pieces in the line. Additionally, I photographed Lauren during the entire process -- from trying on each piece -- to measuring, pinning, re-sketching and considering color palettes. My experience observing Lauren as a designer, outside of her daily role on "The Hills," is not only included in my cover profile on her, it introduces the story."