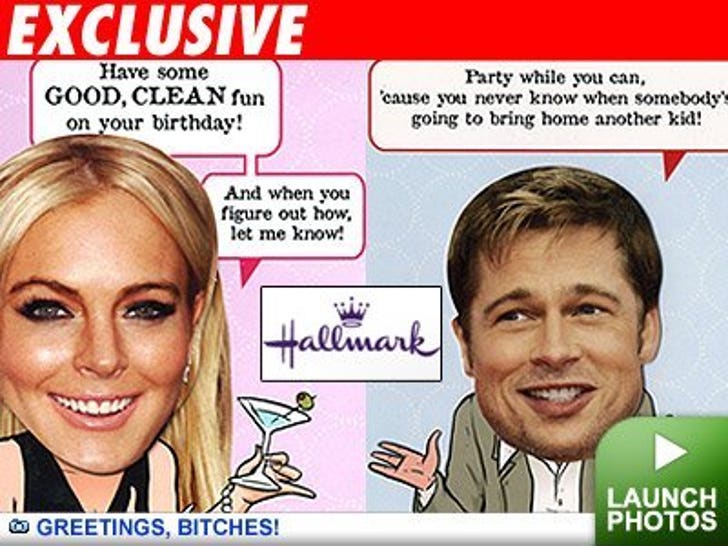 Being slapped with a lawsuit by Paris Hilton hasn't scared Hallmark into submission -- and now they're tearing apart even bigger names like Brad Pitt, Jessica Simpson and Lindsay Lohan. 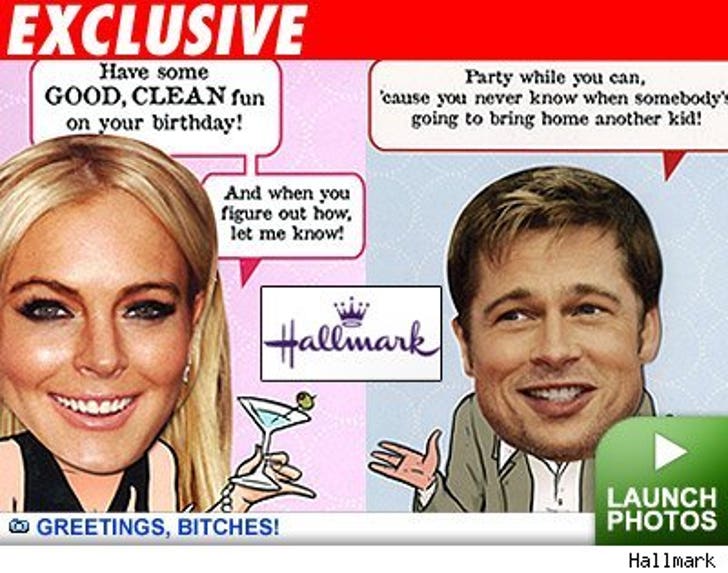 Despite being held up in appeals court over a card depicting Paris as a waitress, Hallmark's subdivision Shoebox is going ahead with birthday greetings ripping on LiLo's boozy backstory, Brangelina's brood and Jess' brains -- or lack thereof.

The new crop could file suits similar to Hilton's, but the card company ain't afraid, telling TMZ: "Some of Hallmark's new humor greeting cards are parodies of today's most popular celebrities and politicians. These cards take a satirical look at news and gossip surrounding these public figures and we do not believe the cards violate any of these public figures' rights."