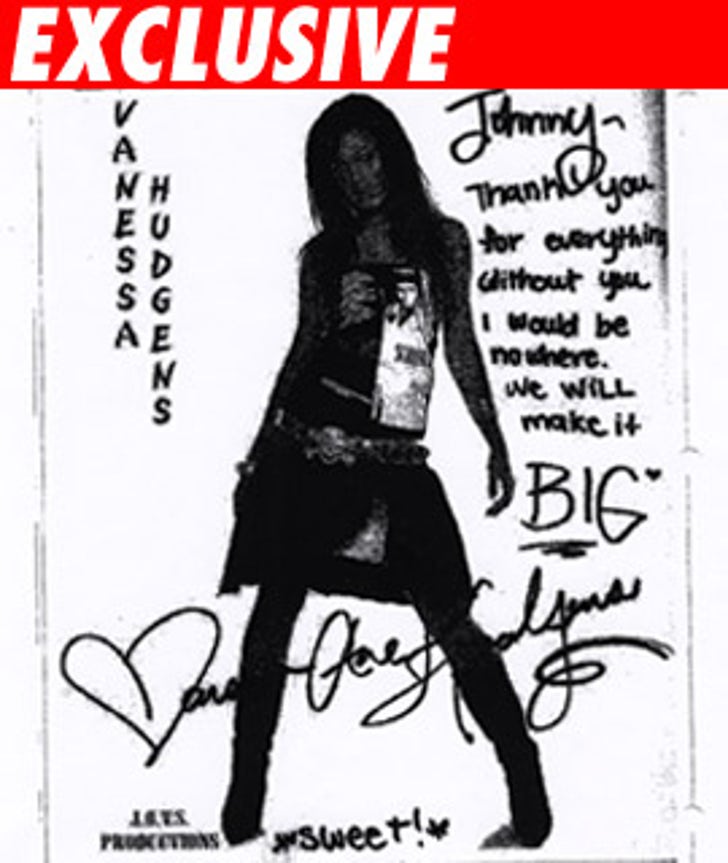 Vanessa Hudgens sent a photo of herself to a guy and inscribed it with this: "Johnny, thank you for everything, without you, I would be no where, we will make it BIG- Vanessa Hudgens. Sweet." Now Johnny is suing her.

According to the lawsuit, filed today in L.A. County Superior Court, Johnny Vieira claims in May 2005, he and Hudgens entered into a production agreement to launch Vanessa's career. Vieira claims they had a deal to "share equally" in the fruits of their labor. He says the agreement was approved by the court because she was a minor.

Vieira says after "High School Musical" became a hit, she dumped him and they entered into a settlement agreement. He says she's been violating that deal and owes him more than $2 million.

Johnny on the spot is suing for more than $5 mil.