Admit it, two things you never thought would happen -- Madonna turning 50, and her celebrating the cherished moment with husbore, Guy Ritchie. 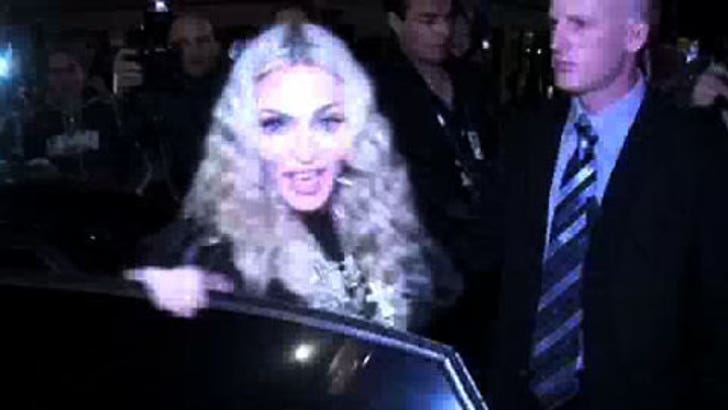 Our spies were inside Madge's half-century soiree last night at Volstead, a private party nightclub in London's west end. They say about 90 people showed up for Madge's surprise party -- and she was actually surprised -- including her three kids (who came in through the back). Thousands of red roses were everywhere, her table had a caviar-filled crystal ball on it, and sushi, quail eggs, watermelon martinis and giant bottles of Krug Rose champagne were served.

At one point Guy stood up and gave a lovey-dovey speech about her. Madonna followed (refusing a mic because it was too impersonal), and spoke about how much she loved her loyal friends -- then went on a diatribe about Kabbalah that made people lose interest. Imagine that. The shin dig lasted until 3 AM.