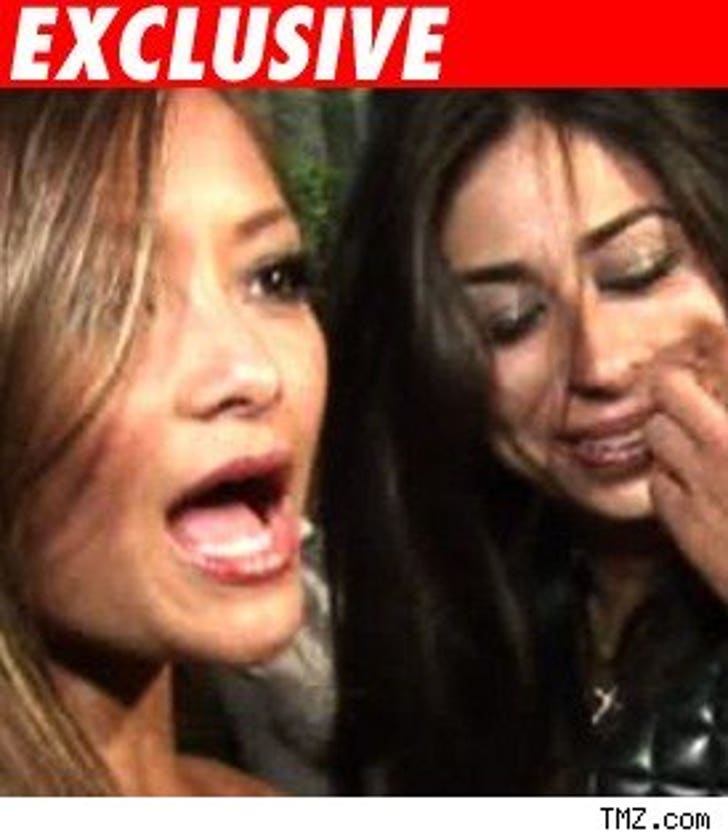 TMZ has learned Tila Tequila's lesbian girlfriend was arrested in Vegas last night -- for allegedly hitting on a guy!

According to law enforcement sources in Las Vegas, it all went down outside of Pure nightclub when a boozed up Courtenay Semel, daughter of former Yahoo! CEO Terry Semel, "smacked" a security guard in the back of the head on her way out of the place.

Attempts to reach a rep for Semel were unsuccessful.