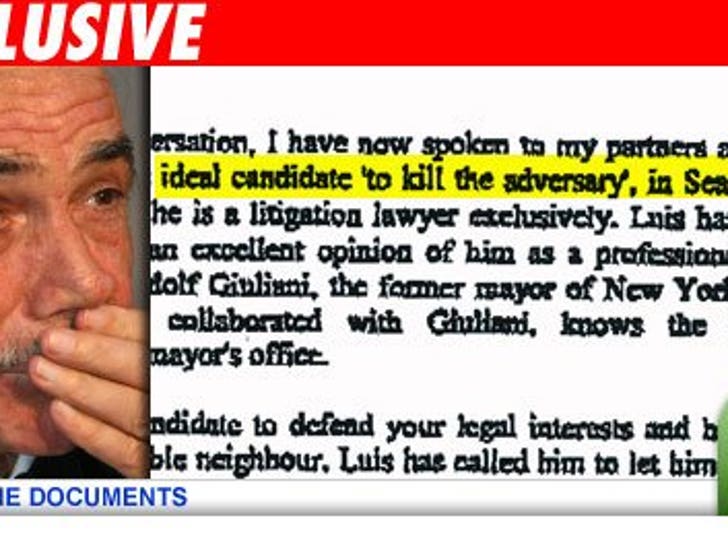 UPDATE: Sir Sean reps want us to make one thing clear -- very clear. The actor does NOT own the property in question -- it's owned by his son, Stephane, and Sean's been a guest "on limited occasions." Got that?

Sean Connery sounds like 007 -- even when he's talking to his lawyers. Sheerioushly. 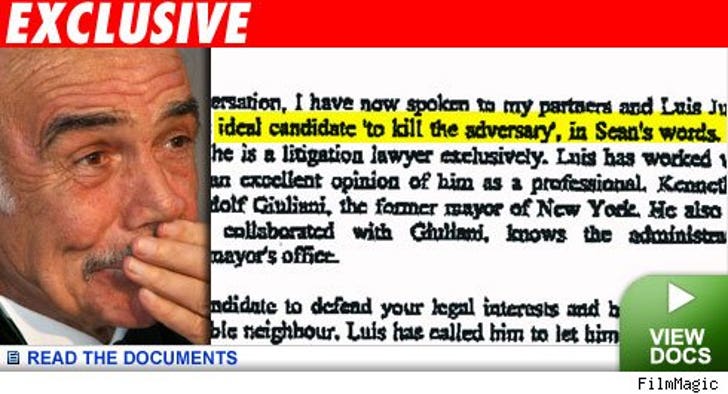 TMZ has obtained a hilarious letter that reveals Sean's strategy in dealing with those pesky downstairs neighbors whom Connery's son has been battling for years. His lawyer writes Sean told him he wants to "kill the adversary." Cue imitation.

We contacted the adversary-killing lawyer -- no word. And nothing from MI-6 either.