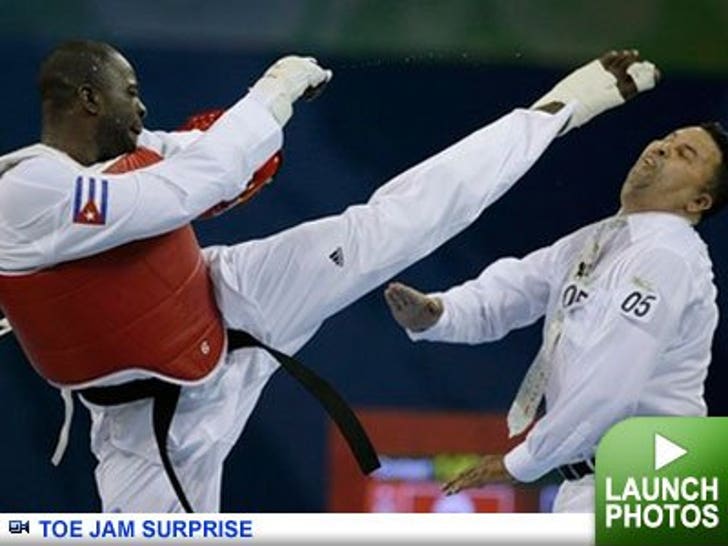 Being a sore sport doesn't even begin to cover this one. Cuba's Angel Matos deliberately kicked a referee in the face after the ref disqualified him in a bronze-medal match today. 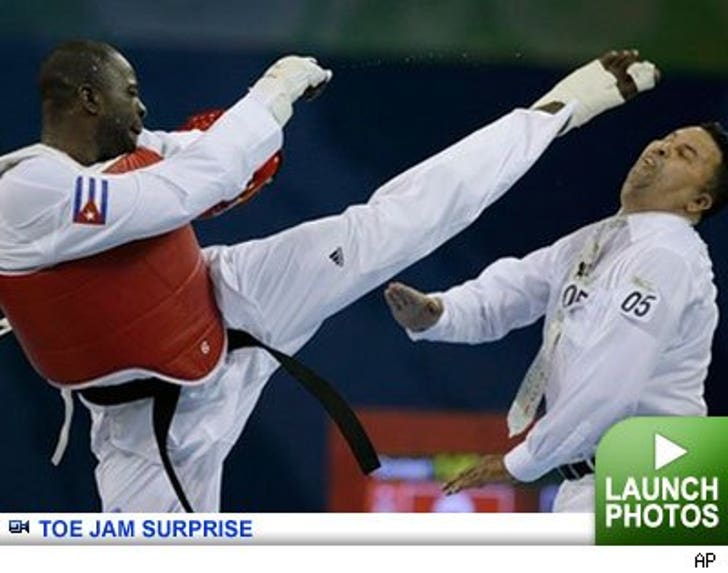 Matos had been hurt during his round of fighting, and he was disqualified for taking too much time to recover. Pissed off, Matos rebounded from his injury pretty quick -- whacking the ref square in the face with his foot. The World Taekwondo Federation has recommended he be banned for life.