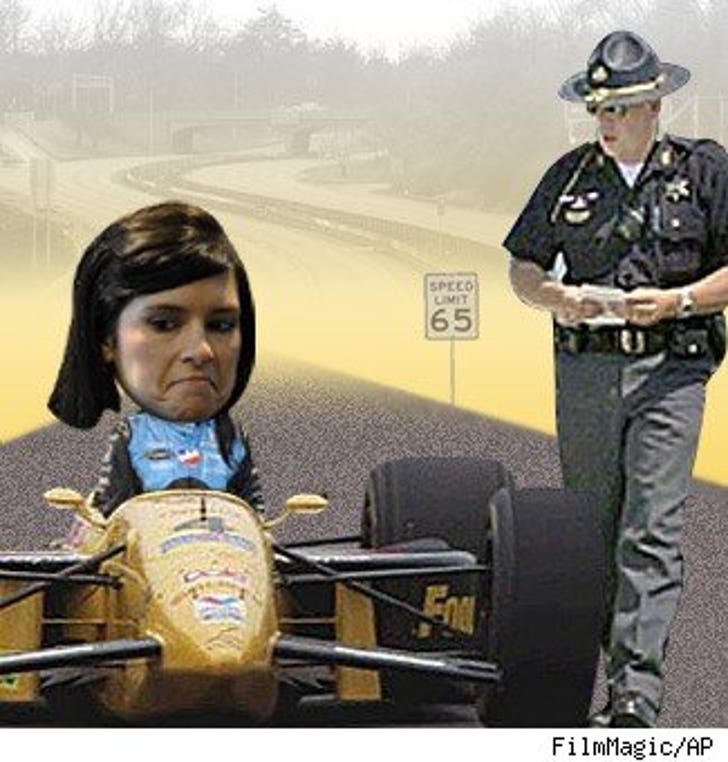 Danica Patrick isn't just dangerous behind the wheel of an Indy car, cops say she also posed a threat on the mean streets of Scottsdale, Ariz.

Court docs which show the race car diva was popped by Scottsdale P.D. back in January for doing 57 in a 40 mph zone. But here's the kicker -- Danica was ordered to take defensive driving school to get the ticket dismissed!

Guess the class worked -- because 40 days after Patrick finished her court-ordered traffic class, she won her first Indy race.