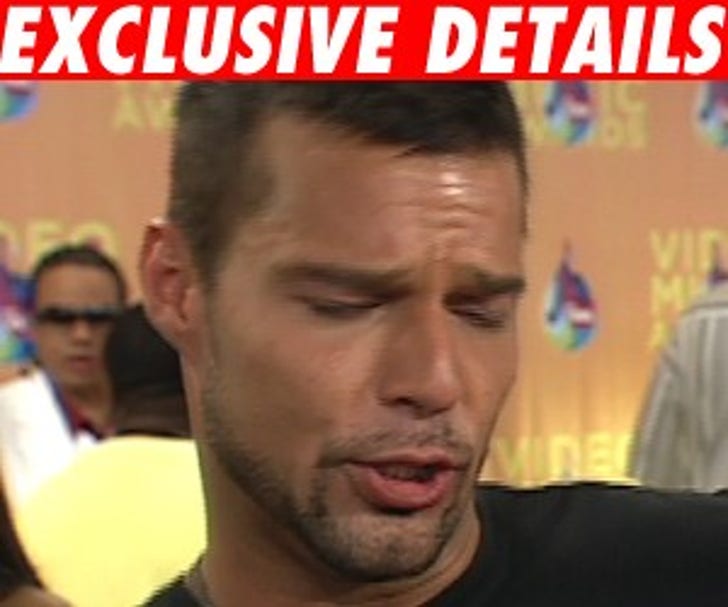 Turns out the lady who incubated Ricky Martin's babies is a serial surrogate -- but that doesn't mean she'll squirt 'em out for just anybody.

Sources tell TMZ the 26-year-old mother works for an agency that hooks up surrogates, and Ricky's bambinos are her third surrogate (and second set of twins) -- but she says her womb isn't open to Britney Spears or Michael Jackson. Wonder why ...

We're told before the birth, the two only met a couple of times, and contact with Mr. Loca was mostly through phone and email.

Her medical bills were taken care of by Martin, and she received a weekly massage and a housekeeper.

Ricky was apparently disappointed at first with the news of twins -- which he thought showed the public (and press) the obvious nature of a potential surrogate. He soon got over it -- and the mother considers him both nice and generous. We're told Ricky was with her in San Diego when the twins fell out of her.

The surrogate has no plans to stop renting her belly out anytime soon -- so take a number.