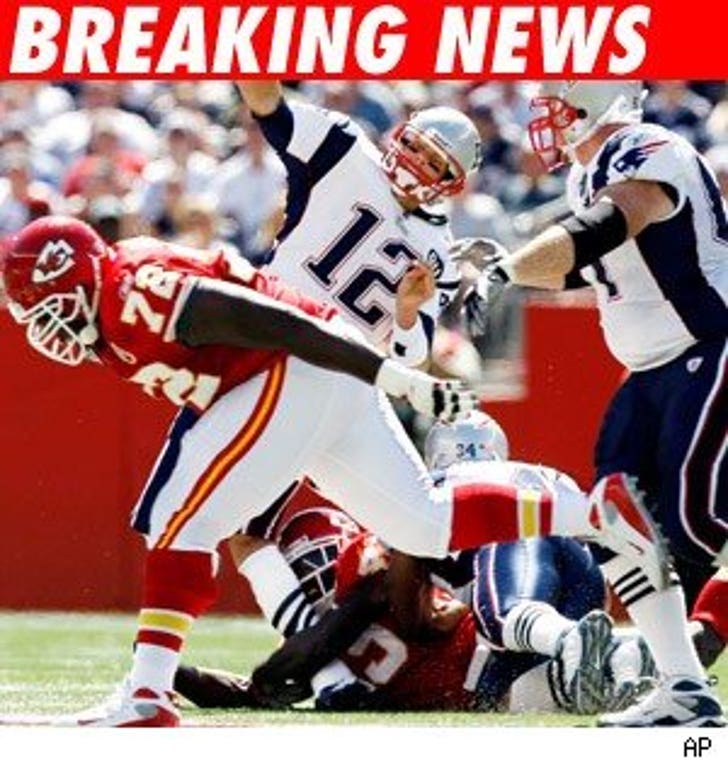 Kansas City Chiefs safety Bernard Pollard laid Tom out during the first quarter of their first regular season game -- and Brady is currently getting x-rays on his left knee. Brady's right foot was the injury that kept him out of all of their preseason games.

Backup quarterback Matt Cassel has taken his place on the field -- no word on whether Matt's dating Gisele yet.

As you can see in the photo -- legs aren't supposed to bend that way.

UPDATE: Even without their golden boy -- the Patriots won 17-10.

UPDATE 2: WEEI in Boston is reporting Brady suffered a torn ACL. If that's true, his season would be over.