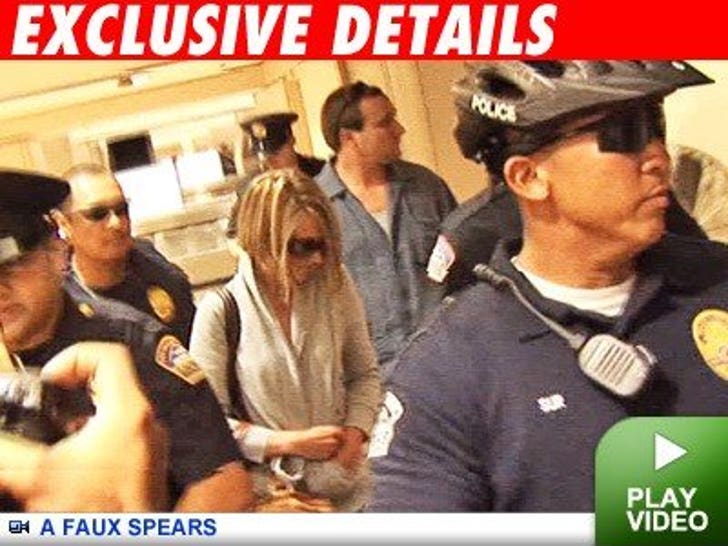 Imagine flying into L.A., when cops ask you to become part of a Britney Spears decoy caper. 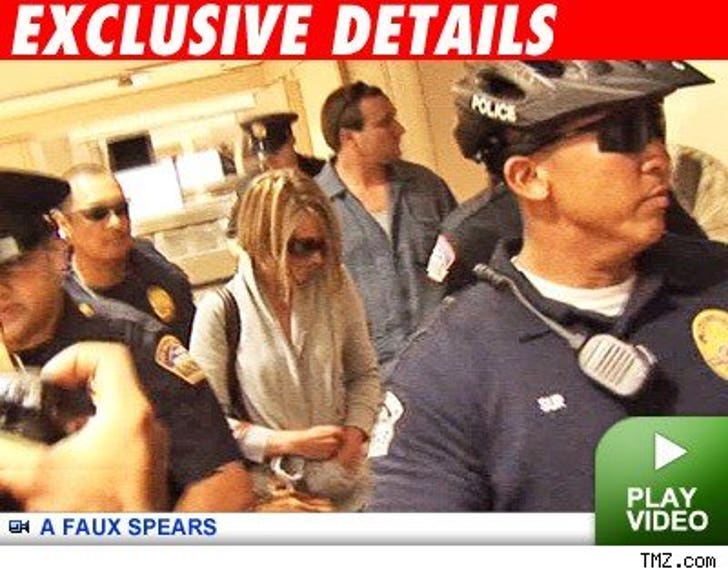 Take a look at this video. The pappers thought the woman flanked by LAX police was Jamie Lynn Spears, who flew in yesterday on Delta. Now here's where the plot thickens.

Law enforcement sources tell TMZ that, on Tuesday, someone from Britney Spears' camp contacted LAX police, asking for a security escort. The way the cops understood the call, Britney was flying in Wednesday with Jamie Lynn, her baby and Lynne.

At the last minute, cops found out Britney was not on the plane. They still were sympathetic because a bunch of pappers were at the airport waiting for Jamie Lynn. Cops were concerned her baby might be at risk in a pap crush, so they allowed Jamie Lynn and crew to exit the plane onto the tarmac, where a car drove them away.

Now here's where it gets good. For some reason, the cops wanted to fool the paparazzi, so they got a random woman on that flight who kinda sorta looked like Jamie Lynn and asked her if they could escort her to baggage claim. She said yes, and the ruse began.

By the way, we've learned there's an internal investigation because some big wigs in the police department are pissed.