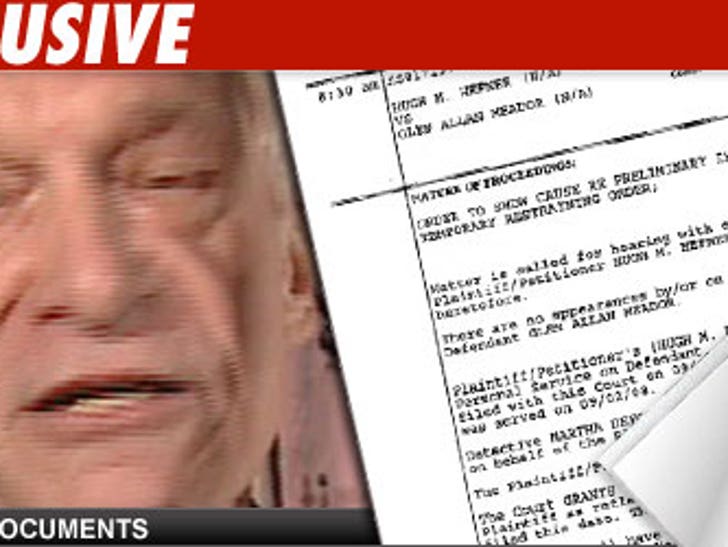 You can only crash into the Playboy Mansion so many times before you incur the wrath of Hugh Hefner. 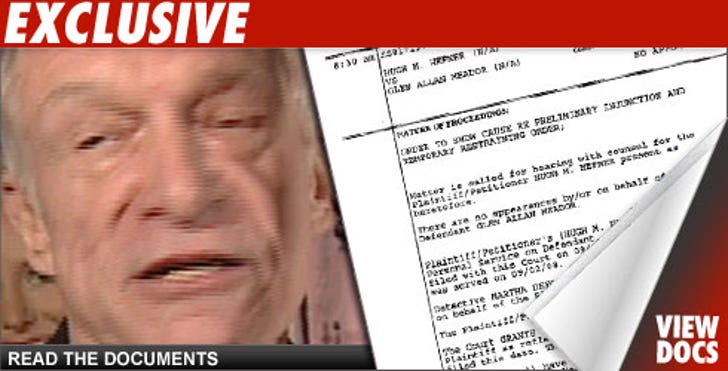 The Hef has been granted a restraining order against Glen Allan Meador. Who is he, you ask? Well, Meador was arrested twice in August for allegedly ramming his car into the gates of the Mansion. In a written statement, Hef said, "I am greatly concerned that Mr. Meador is unstable and a viable threat to my safety."

Holly, Kendra and Bridget are named in the documents as Other Protected Persons. Who says chivalry isn't dead?