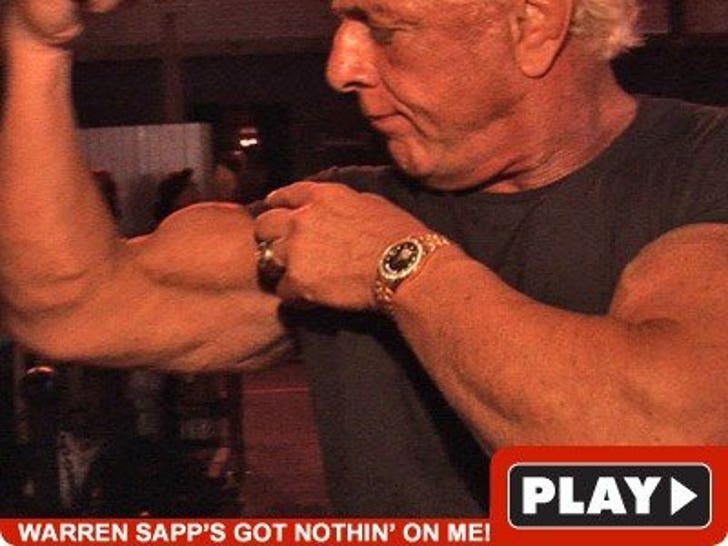 "The Nature Boy" Ric Flair was so pissed off in L.A. last night -- that he whipped out his guns, verbally bashed a celebrity and most shockingly -- busted out an impromptu song and dance?! 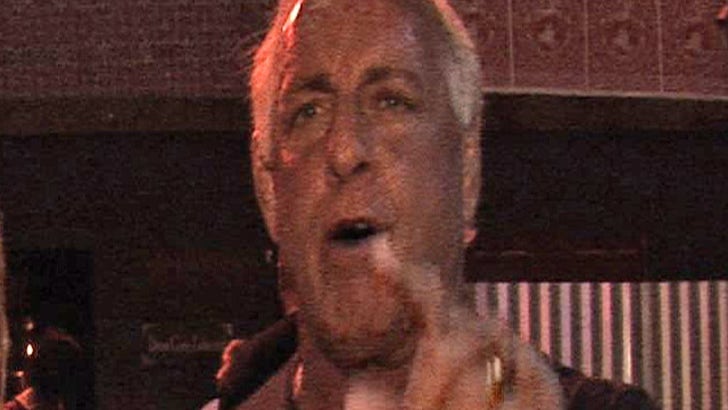 The guy who recently got a black eye from his daughter and her BF -- he says everything is great now -- is furious that he got dissed by "Dancing with the Stars," and now he's taking out his anger on some poor Sapp ... named Warren.